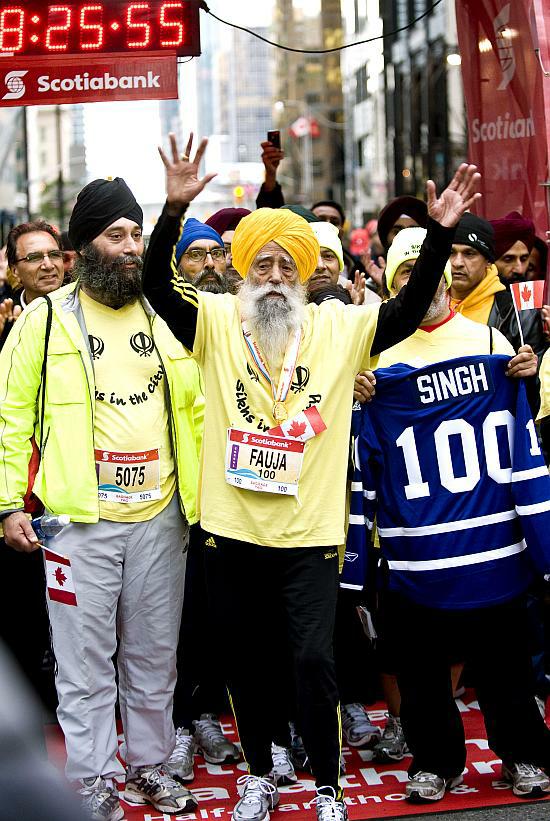 outlookindia.com
-0001-11-30T00:00:00+0553
Guinness World Records has refused to give recognition of the world's oldest marathon runner to Fauja Singh, a 100-year-old Briton of Indian-origin who attracted worldwide attention when he completed an eight hour run, because he can't produce his birth certificate.

"We'd love to say this is a true Guinness World Record, but the problem is there is just no evidence... We can only accept official birth documents created in the year of the birth," the editor-in-chief of Guinness World Records, Craig Glenday, was quoted as saying by BBC.

Singh's British passport, showing his date of birth as being 1 April 1911, as well as a letter from the Queen congratulating him on his 100th birthday, have been shown to the organisation, the BBC reported.

A letter from Indian government officials stating that no birth records were kept in 1911, and a statement from a former neighbour in India, have also been passed to Guinness World Records. But the organisation says these are not considered sufficient proof of age.

Singh, who only speaks Punjabi, was the last competitor to complete a full-distance 42-kilometre marathon. He received worldwide publicity celebrating his position as the oldest man to complete a marathon - numerous media groups, including the BBC, announced he had made it into Guinness World Records.

It was Singh's eighth marathon. He ran his first race at the age of 89. In the 2003 Toronto event, he set the mark in the 90-plus category, finishing the race in five hours 40 minutes and one second.