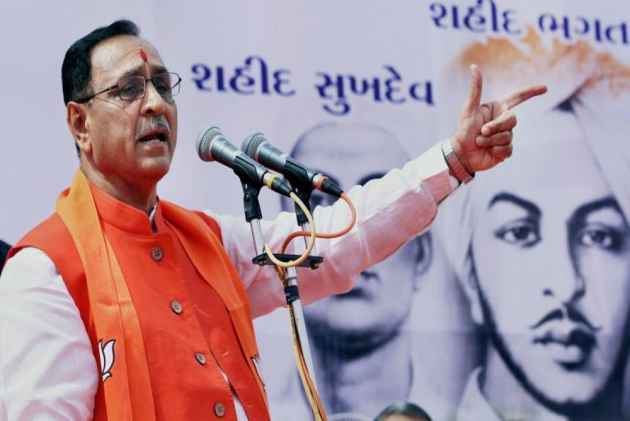 Amid the alarming exodus on Congress MLAs in Gujarat, chief minister Vijay Rupani placed the blame squarely on party president Sonia Gandhi, saying she was sinking the party because of the affection she has towards her son, Rahul Gandhi.

Speaking to ANI, Rupani said, " Sonia Gandhi is immersed in the affection towards her son, which has drowned the Congress party in entire country."

He added: "Today, the condition of their party is getting worse as, no one wants to accept their rule."

Rupani also accused the Congress party of being insensitive and irresponsible, stating that they have sent their 40 MLAs to stay in a 5-star hotel in Bengaluru, while Gujarat is facing floods.

"Out of greed to send their senior leader Ahmed Patel in Rajya Sabha, the Congress has sent their 40 MLAs, including those who are from the districts which are being hit the most by floods, to Bengaluru," Rupani said.

"Gujarat is facing problem of floods, but they have no care and concern of that. Soon, the Congress party will also be drowned in the floods," he added.

Earlier, the Congress had accused the BJP of horse-trading in Gujarat and using "money, muscle and state power" to engineer defections, after six of its MLAs (Member of Legislative Assembly) had resigned from the party to join the BJP.

The party on July 28 flew 44 of its MLAs to Bengaluru to stop more of them from switching over to the BJP.

The three Congress MLAs, Tejashreeben Patel, Balwantsinh Rajput and Prahlad Patel had resigned and joined the BJP on Thursday.