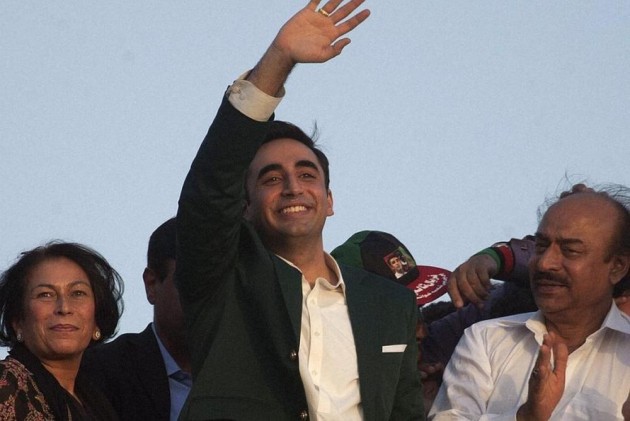 "Haan main bacha hoon" (Yes, I am a kid) was Pakistan Peoples Party chairman Bilawal Bhutto Zardari's retort to those taking jibes at his age as he cautioned the ruling PML-N against taking him lightly.

The University of Oxford educated young leader attacked Prime Minister Nawaz Sharif-led PML-(N) in a series of tweets on the occasion of his parents' 29th marriage anniversary.

His retort came after Interior Minister Chaudhry Nisar called Bilawal a "non-serious child" who only knew how to ridicule others.

Bilawal has often been the victim of jibes at his young age and political opponents regularly shun him aside for being "a child", Express Tribune reported.

However, the young PPP chairman, Bilawal, is becoming increasingly vocal and articulate.

He is reorganising his party, leading public rallies, touring cities outside his party's powerhouse, and firing broadsides at political rivals every now and then.

Earlier today, Bilawal also tweeted a picture of his parent's wedding with the caption, "My parents should be celebrating their 29th wedding anniversary. Terrorists and their facilitators robbed us of this but we won't back down."

Benazir Bhutto, the twice-serving prime minister, was assassinated on December 27, 2007 as she left a political rally in Rawalpindi.