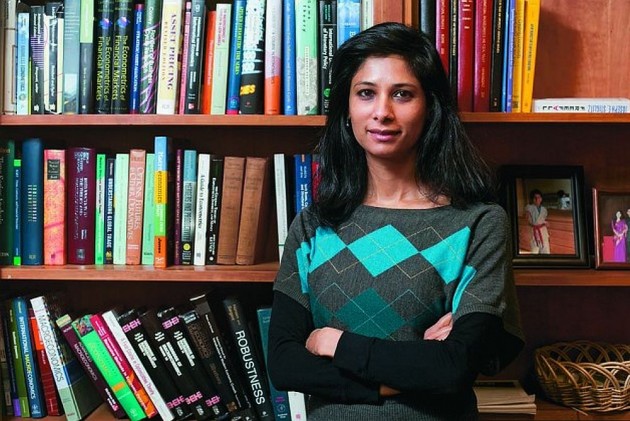 Print
A
A
A
increase text size
Outlook November 26, 2016 11:58 IST Harvard Professor and Kerala’s CM’s Adviser Prefers Demonetization But Not An All-Out Assault

It’s seems Harvard economist Gita Gopinath won’t betray her economic sense while analyzing the demonetization move despite being the economic adviser to the Kerala Chief minister whose party is against the move.

Gopinath has called demonetisation “unprecedented”, “whether in India or almost anywhere else, and it is by far Modi’s boldest policy intervention to date”.

In an article in the website Project Syndicate, she begins by hedging a bit on the benefits of demonetization by asking: “Given these large upfront costs, it is reasonable to ask how effective demonetization is in fighting tax evasion and corruption, and if there is a less costly approach to demonetization”.

Then after quoting Kenneth Rogoff who champions the elimination of high-denomination notes to fight tax evasion and criminal activity in his bookThe Curse of Cash, she says: “ In other words, questions posed by Modi’s critics about the role of cash in feeding stockpiles of black money are misplaced”.

(Rogoff furnishes extensive evidence that making it costly to hoard cash would deter illegal activities. While tax evaders also store their wealth in non-monetary forms, such as land, art, and jewelry, cash remains a leading vehicle for ill-gotten gains, owing to its inherent liquidity. In other words, questions posed by Modi’s critics about the role of cash in feeding stockpiles of black money are misplaced.)

The Left parties have called for a statewide hartal on Monday and the main cog in the alliance, CPI(M), had called demonetization a “demon”.

“Modi’s policy intervention is bold, and the economic principles motivating it are beyond reproach. But a gradualist approach that includes the permanent withdrawal of large notes would have served the cause better, even if it did not generate the same “shock and awe” as the current policy. This will become more apparent as the large costs to the economy emerge over the next several months.

Continue FREE with Ads Pay Rs. 1 to Read Without Ads
READ MORE IN:
Gita Gopinath National
Next Story : 7 Killed In Fire At A Spinning Mill In Haryana
Download the Outlook ​Magazines App. Six magazines, wherever you go! Play Store and App Store