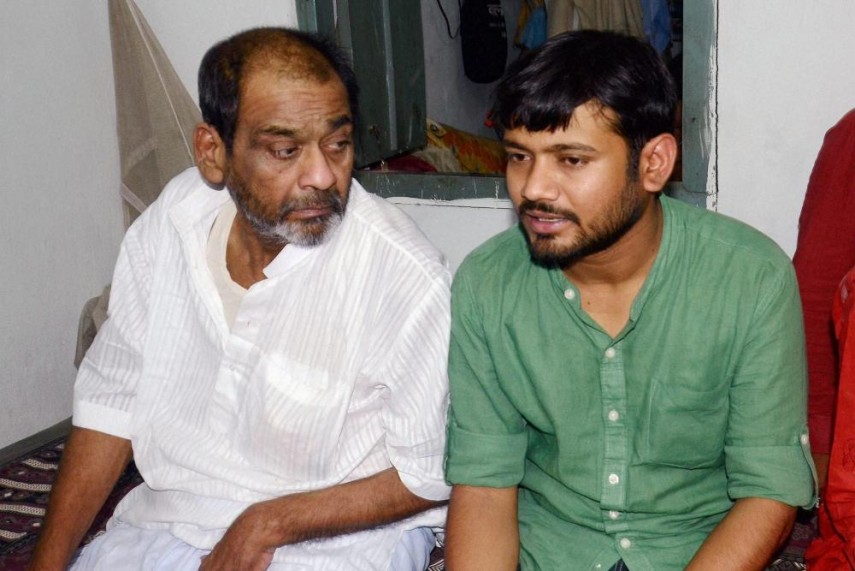 The Delhi High Court today refused to hear JNUSU President Kanhaiya Kumar's application for regular bail in a sedition case, asking him to approach a sessions court for the same.

Justice P S Teji dismissed the plea for grant of regular bail to the students' union leader, who was on interim bail since March 2 this year.

"The present application is dismissed with liberty to the petitioner to move before the sessions court," the court said.

Kanhaiya has approached the High Court as his six-months interim bail is scheduled to expire on September 1.

The court, however, without hearing the matter in detail, said the counsel can move the application for regular bail before the sessions court.

John, who was accompanied by advocates Sushil Bajaj and Vrinda Grover, said they will move the application before the trial court today only.

Kanhaiya, in his bail plea, said he has not interfered in the ongoing probe and had appeared before the investigating officer as and when asked by him.

He also said that he has not violated any condition imposed on him by the High Court while granting him interim bail on March 2.

The High Court had granted interim conditional bail for six months asking him not participate actively or passively in any activity which may be termed as anti-national.

The High Court had on August 11 declined the plea of two private individuals to cancel Kanhaiya's interim bail, saying nothing has been brought before it to show that the student leader had made any anti-national speech after his release.

It had earlier pulled up the police for not taking a unequivocal stand on whether it wanted cancellation of Kanhaiya's interim bail.

The police had submitted in high court that the JNUSU leader failed to adhere to "letter and spirit" of the bail order by making derogatory remarks against Army in Kashmir and he "misused his liberty".

Kanhaiya was arrested on February 12 on sedition charges in connection with an event on the campus on February 8 where anti-national slogans were allegedly raised.

While laying down the conditions for Kanhaiya's release on interim bail, the high court had said he would not leave the country without the permission of the trial court.

It had also taken strong exception to the manner in which slogans were raised and protests staged by students carrying photographs and posters of Parliament attack case convict Afzal Guru and Maqbool Bhat, mastermind of hijacking of a passenger airline to Lahore in 1971 who was hanged in 1984, on the campus.

"The reason behind anti-national views in the mind of students who raised slogans on death anniversiry of Afzal Guru, who was convicted for attack on our Parliament, which led to this situation have not only to be found by them but remedial steps are also required to be taken in this regard by those managing the affiars of the JNU so that there is no recurrence of such incident," the high court judge had said.