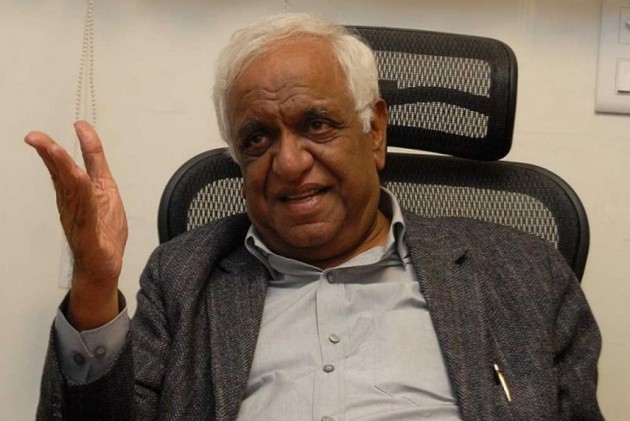 Delhi High Court today lashed out at the DDCA for "crossing its limit" and undermining the authority of Justice Mukul Mudgal by sacking the selectors appointed by him and said the cricket body's move "attracts contempt of court".

Restoring the selection panel appointed by Justice Mudgal, a bench of Justices S Ravindra Bhat and Deepa Sharma suspended the decision of Delhi and District Cricket Association (DDCA) and castigated it for "misconduct" saying it was "testing everyone's patience here" and their action was akin to "contempt of court".

The bench slammed DDCA for "targetting" Justice Mudgal, former Chief Justice of the Punjab and Haryana High Court who was appointed by the Delhi High Court for overseeing the functioning of cricketing body, plagued by alleged financial irregularities and nepotism in selection of players for various domestic tournaments.

Finding fault with the November 5 decision of the sports working committee of DDCA removing former Indian cricketers Maninder Singh, Atul Wassan and Nikhil Chopra from their respective panels as selectors appointed by Justice Mudgal, the bench said "DDCA should have informed the court about such a move when the order was reserved so that it could have taken preventive steps at that time only."

It further said it does not want to accelerate the issue, "but the action of DDCA attracts contempt of court."

The bench, which reserved order on several contentious issues of the DDCA, said "various selections have been made by them and they are doing their job properly and there is no chance of any misconduct."

The high court further made it clear that DDCA will not interfere with the working of the selectors and asked it to proceed with the selection of Under-14 and Under-16 players.

The court on September 27 had reserved its verdict in the matter which pertains to DDCA's 2010 plea for an occupancy certificate from South Delhi Municipal Corporation (SDMC) to hold matches at the Ferozshah Kotla stadium.

The court had constituted Justice Mudgal committee in the backdrop of alleged irregularities in the functioning of DDCA.

"The court is of the opinion that letter dated November 5, 2016, should be kept in abeyance. Status quo will prevail prior to issuance of the letter. The selectors will continue to function till final disposal of the writ petition," the bench said while nullifying DDCA's order appointing national selector Sarandeep Singh, former leg spinner Rakesh Shukla and former wicketkeeper-batsman Vinay Kumar in the panel by replacing the selectors put in place by Justice Mudgal.

Justice Mudgal, through his counsel Nitin Mishra, had moved the court seeking direction to declare the DDCA's decision as "null and void".

When the matter was mentioned earlier in the day, the bench observed "We think you (DDCA) are testing everyone's patience here. This is contempt of court. Evidently, somebody is over-reaching."

Considering Justice Mudgal's report that the DDCA has not paid dues of the players, the bench directed the cricketing body to make immidiate arrangements for cricketers playing or staying at hotels and clear the dues within 48 hours.

The bench also asked DDCA to clear within a week, the dues of vendors and caterers pending with them from last three years which were deliberatly withheld despite Justice Mudgal's direction, to create hurdles and make it impossible to run the domestic cricket affairs in a smooth manner.

During the hearing, senior advocate Aman Lekhi, appearing for DDCA, submitted that cancellation of the three selectors became essential in respect of conflict of interest. "They were given three days time to reply," Lekhi said.

The court observed that DDCA had made no attempt to seek its intervention as it was seized of the issue.

Both junior and senior selection panels, picking teams at the moment, were formed under the supervision of High Court- appointed observer Justice Mudgal.

Filing a status report before the court with regard to the development which took place in DDCA, Justice Mudgal had said "Selectors, who were appointed under my supervision through the process of interview by a selection panel, are in process of picking up senior and junior teams at the moment.

"The act of removing the selectors unanimously by certain directors and the convener, sports working committee (DDCA), without any approval from the selection panel formed by me or by the Delhi HC is only aimed to scuttle the domestic season."

He said the selectors were appointed by the selection panel keeping in mind the recommendations of the Lodha Committee on conflict of interest norms. "The selectors have already selected various teams which are currently playing domestic matches. The removal of senior selectors is only aimed to change the constitution of the playing teams for collateral reasons."

The sports committee included national selector Sarandeep Singh in the panel, citing the general convention that national selectors are always made chairman of state selection committee as it has been the case with the likes of Madan Lal, Kirti Azad and Chetan Chauhan to name a few.

Justice Mudgal had earlier told the high court that some directors of DDCA were wilfully trying to "scuttle" the ongoing domestic season and had sought urgent orders to the cricketing body to implement the directions he has issued since August 22.

He had alleged that some members had used "inappropriate and intemperate language" against him in their emails to him.

In a report submitted before the court, Justice Mudgal had said "there has been a deliberate and wilful attempt to scuttle the domestic cricket season 2016-2017".

Justice Mudgal had urged the court to consider the report while delivering its verdict.

Justice Mudgal had earlier sought directions to DDCA that all the directions issued by him from August 22 till date should be fully complied with, the agreements entered into during his tenure be fully honoured and payments made therefor, within a week of the receipt of such bills/invoices.