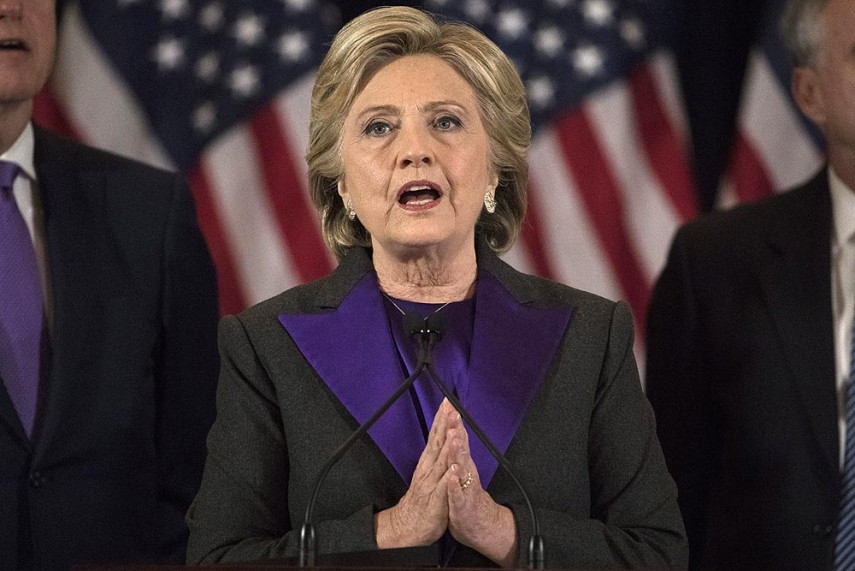 Print
A
A
A
increase text size
Outlook February 28, 2017 09:28 IST 'He Must Step Up And Speak Out' Hillary Clinton Calls On Trump To Speak Up On Kansas Shooting

Former US Secretary of State Hillary Clinton has called on President Donald Trump to speak out against hate crimes following the murder of an Indian engineer in Kansas last week.

"With threats & hate crimes on rise, we shouldn't have to tell @POTUS to do his part. He must step up & speak out," Clinton said on Twitter.

Trump is yet to comment on the shooting, which took place last Wednesday night, leaving Indian techie Srinivas Kuchibhotla dead and two others injured in an apparent hate crime.

However, White House press secretary Sean Spicer said last week that it was too early to call the act a hate crime.

Spicer also referred to the shooting at a news conference yesterday. He was voicing the president's concerns about recent acts of vandalism against Jewish cemeteries in St Louis and Philadelphia.

"No one in America should feel afraid to follow the religion of their choosing freely and openly. The president has dedicated to preserving this originating principle of our nation," Spicer said.

"And while we're at it, I don't want to get ahead of law enforcement, but I was asked the other day about the story in Kansas, the shooting in Kansas. And while the story is evolving, early reports out of Kansas are equally disturbing," he said.