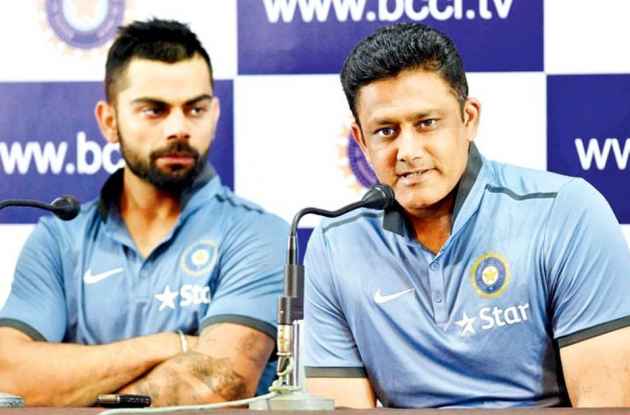 Kohli deleted the post on the microblogging site close on the heals of the spin legend's decision to resign from his post due to "untenable" differences with the captain.

Soon after Kumble's appointment, Kohli had tweeted on June 23 last year, greeting him with a smiley and expressed hopes of a great future under his guidance.

"Heartiest welcome to @anilkumble1074 Sir. Look forward to your tenure with us. Great things in store for Indian Cricket with you," Kohli had posted on his official twitter handle, which he has deleted now.

Kumble, who was given a one-year tenure, quit from his position as the head coach after the final of the Champions Trophy.

Although the BCCI Cricket Advisory Committee, comprising Sachin Tendulkar, Sourav Ganguly and VVS Laxman, wanted him to continue but Kumble relinquished his position, stating that his relationship with Kohli became "untenable".

According to reports, Kumble and Kohli had a major fallout in the the beginning of the year and were not on talking terms for the last six months.

The situation worsened further after India's humiliating loss to arch-rivals Pakistan in the Champions Trophy final.

Kumble did not travel with the team to the West Indies, and later officially tendered his resignation.