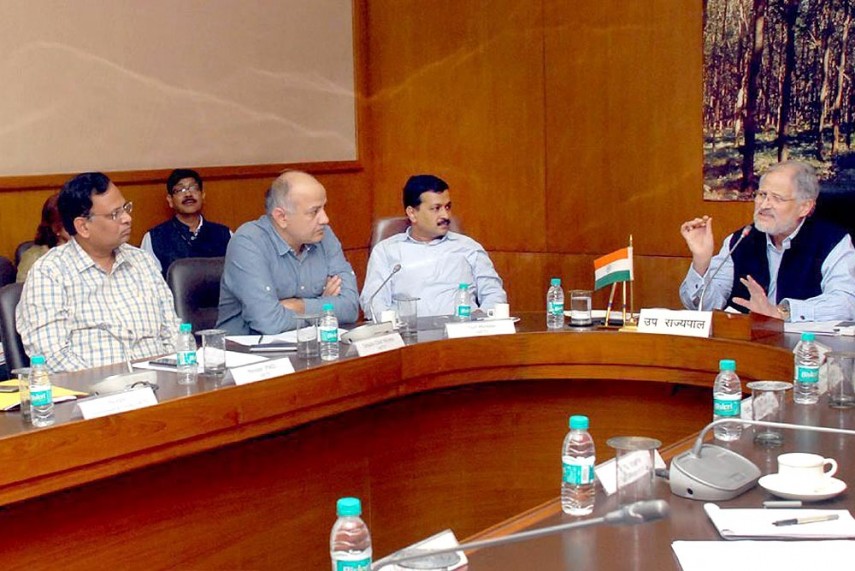 Delhi Chief Minister Arvind Kejriwal today described the resignation of Lt Governor Najeeb Jung as a surprise even as the AAP took a jibe at the LG, saying he worked under the "influence" of the Narendra Modi dispensation.

The AAP also questioned whether the power tussle between the Centre and Delhi government will continue even after the appointment of a new LG.

Kejriwal said Jung's resignation is a surprise to him and wished him for his future endeavours.

Deputy Chief Minister Manish Sisodia said, despite the "sweet bitter" experience, the AAP government and Jung did a good job in Delhi.

"Good wishes to Najeeb Jung for his future endeavour. God should give some good sense to them who controlled him. Will the war continue even after Jung's (exit)?" Delhi minister Kapil Mishra said.

Vishwas alleged that the LG troubled the Delhi government at the behest of Modi dispensation, but took a jibe saying Jung would get a better posting.

"Modi government promotes its people. We hope, he gets a better posting after this. I am unhappy that his tenure was disgraceful. Now that he has gone, good luck to him.

"Najeeb Jung's behaviour was not his. He was under the influence of someone. We hope the next LG gives priority to issues concerning people and does not work under anyone's influence," Vishwas said.

In a sudden move, Jung today resigned amid a bitter confrontation with the AAP government.

Without citing reasons, Jung's office said he has submitted his resignation to the Centre. 65-year-old Jung, a former IAS officer, had assumed charge of Lt Governor of Delhi on July 9, 2013.