'I Am The Son Of Bal Thackeray. I Am The Boss' Says Uddhav Thackeray 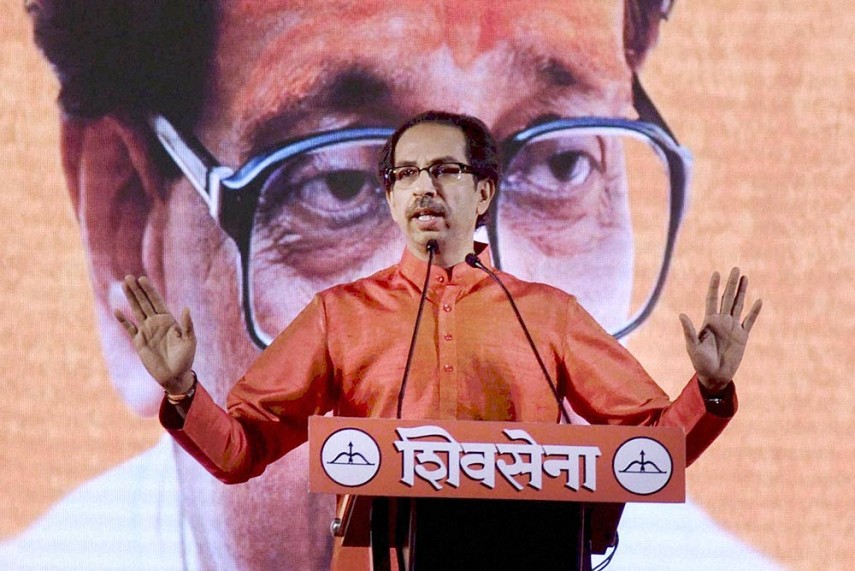 Amid his high-voltage campaigning for the Mumbai civic polls, Shiv Sena president Uddhav Thackeray today sought to assert his legitimacy in calling the shots in the party's prime political space, invoking the legacy of his late father and party founder Bal Thackeray.

"...Yes, I am. I definitely am the boss being (late) Shiv Sena supremo Balasaheb Thackeray's son. Even they (BJP) have to accept that I am the boss as I also head a powerful organisation. But, these (BJP leaders) are the people who can merely level allegations, but have no worth," Thackeray said in the second part of his interview in Sena mouthpiece 'Saamana'.

He alleged that the BJP-led governments in Maharashtra and at the Centre only tried to constantly pull the Sena's leg, instead of supporting it in the Brihanmumbai Municipal Corporation (BMC).

"All this is being done with political motives. Only if they stop pulling our leg all the time, it will be a big support to us," Thackeray said.

The strained relations of the Sena and the BJP, despite being partners in governance in the state and at the Centre, have hit a new low after they broke ties for the civic polls in Maharashtra, scheduled for later this month.

Thackeray also said the work on the grand memorial of Maratha king Chhatrapati Shivaji Maharaj, to be built off the Mumbai coast, will not take off till the required clearances were granted by the Centre for the Coastal Road project.

Thackeray's assertion, however, drew flak from the Congress, with a state unit leader of the party saying it betrayed an undemocratic mindset.

Reacting to Thackeray's 'boss' remark, Maharashtra Congress secretary Al Nasser Zakaria said there was no boss in democracy where the common man was supreme.

"This is an example of naked abuse of power. There are no bosses in democracy. Law is equal for everybody but the common man is supreme. How can a party chief talk about forming a government on their own strength?" he asked.