I Do Not Support Pakistani Artistes Working Here: Hema Malini 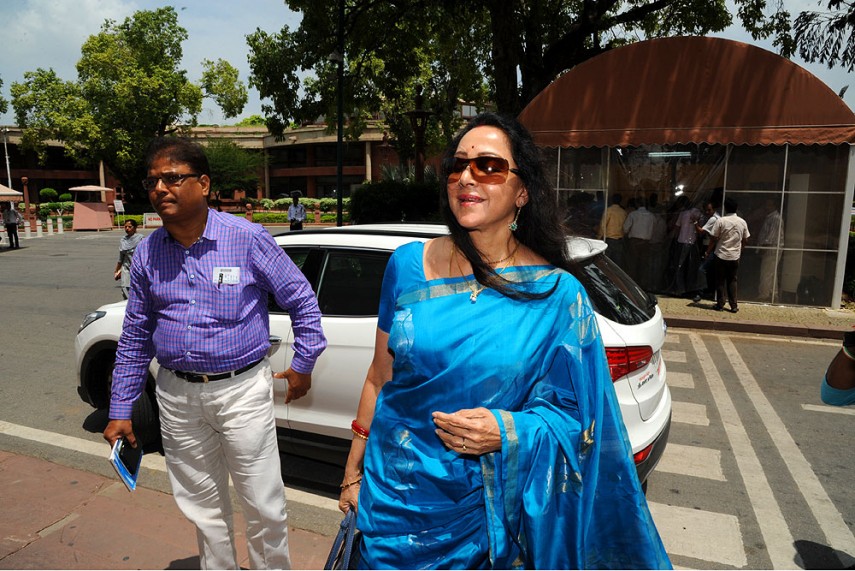 Print
A
A
A
increase text size
Outlook October 05, 2016 15:06 IST I Do Not Support Pakistani Artistes Working Here: Hema Malini

A day after steering clear of the controversy surrounding the ban on Pakistani artists in India, actress-politician Hema Malini today made her stand clear saying she does not support their presence in Bollywood.

The actress, who is also BJP MP from Mathura, said she will always stand by the soldiers, who are fighting for the country.

"I would like to say that I am 100 per cent with our jawans who are fighting and dying for our country do not support Pak artistes working here. Jai Hind!," Malini wrote.

Praising the India defence services' efforts, the 67-year-old actress said people should not ask for the proof of the surgical strike.

"Our army has done a great job with the surgical strikes and the whole country should be supportive of them. Why ask for proof of action? Unheard of!"

Malini, however, had tried to play safe on the issue yesterday, saying, "As an artiste, I appreciate their work but I don't want to comment on whether they should live here or leave this country.

There has been a growing demand to ban Pakistani artistes like Fawad and Mahira Khan in the wake of Uri terror attack.

Raj Thackeray-led MNS had recently given an ultimatum to the artists to leave the country. They also threatened to disrupt the shooting of Bollywood films starring actors from across the border.