I Thought It Was Difficult, Shah Asked Me To Head To Goa, Says Gadkari 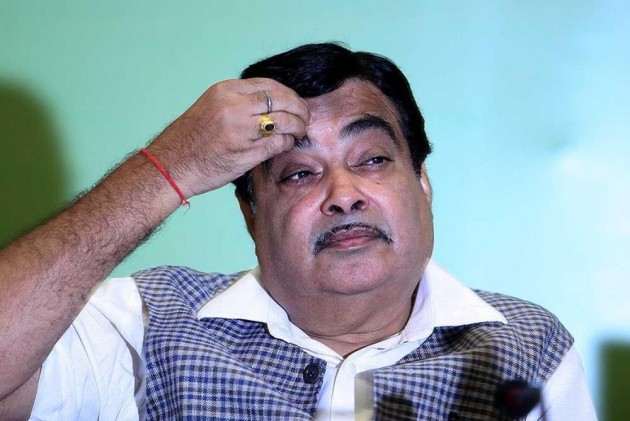 Print
A
A
A
increase text size
Outlook April 10, 2017 10:35 IST I Thought It Was Difficult, Shah Asked Me To Head To Goa, Says Gadkari

Union Minister Nitin Gadkari said it was BJP chief Amit Shah, who asked him to go to Goa and form the government there.

The BJP won 13 seats in the keenly-contested elections, eight less than its 2012 tally. The party, though finished second after the opposition Congress (17), cobbled up an alliance with various local outfits and Independents.

Eventually, the BJP successfully proved its majority in the 40-member House under Manohar Parrikar.

"Amit Shah is a real architect behind forming the BJP-led government in Goa. After knowing the results, which saw BJP winning 13 seats, I thought it was difficult to form the government," Gadkari said at a rally organised to felicitate the BJP chief.

But Amitji told me to go to Goa and form the government, the Union Shipping Minister added.

Narrating the events which unfolded on the intervening night of March 11-12, Gadkari said that it was very difficult for the friends of Parrikar to let him give away the position of Defence Minister, which is more crucial as compared to the chief minister.

"Parrikar had created a niche for himself while serving as a Defence Minister. The decisions like surgical strike were historical. His friends like me did not want him to quit the union Cabinet," Gadkari said.

He said during his meeting with the other parties whose support was required to form Goa government, everyone unanimously demanded that Parrikar should head the government.

"When I asked Parrikar about his decision, he said he will abide by whatever directions the party will give," Gadkari said, adding that in the evening, we staked claim to form the government.

The minister also said that the BJP has not done anything unconstitutional or illegal by forming the government though it did not secure a majority.

"The party or coalition which has majority number with it can form the government and we had it (the numbers)," he added.