I Will Take Back Kashmir, All of It: Bilawal Bhutto Zardari 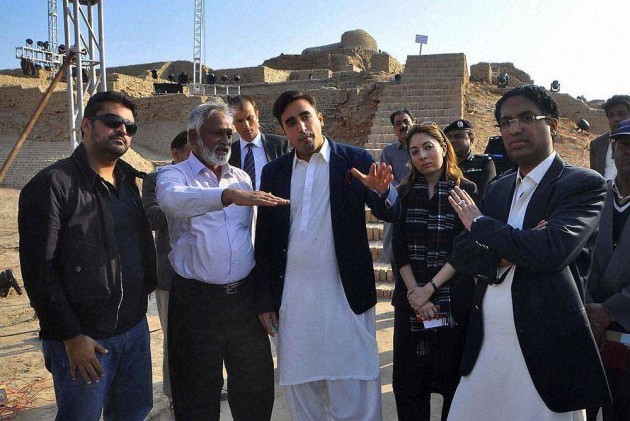 Print
A
A
A
increase text size
Outlook September 20, 2014 14:22 IST I Will Take Back Kashmir, All of It: Bilawal Bhutto Zardari

Bilawal Bhutto Zardari, the 'Gen-Next' politician of Pakistan, has said that his Pakistan People's Party (PPP) would get back entire Kashmir from India.

Bilawal, in his 20s, was addressing the party workers in Multan region in Punjab yesterday.

"I will take back Kashmir, all of it, and I will not leave behind a single inch of it because, like the other provinces, it belongs to Pakistan," said the scion of highly influential Bhutto family.

When Bilawal made these remarks, he was flanked by former prime ministers Yousaf Raza Gilani and Raja Pervaiz Asharaf.

Bilawal's father Asif Ali Zardari was Pakistan's president from 2008 to 2013.