ICC Announces Pujara as Emerging Cricketer of the Year 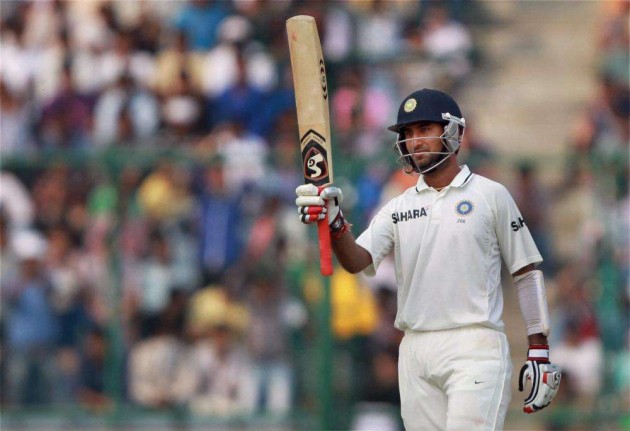 Print
A
A
A
increase text size
Outlook December 13, 2013 13:07 IST ICC Announces Pujara as Emerging Cricketer of the Year

Rising Test batsman Cheteshwar Pujara bagged the 'Emerging Cricketer of the Year' trophy as India had to be content with just two winners in the ICC Annual awards announced today in which Australian captain Michael Clarke clinched the top honours.

The announcement was made ahead of the broadcast of the Awards TV show which premieres tomorrow in most countries across the globe.

Clarke was earlier named in the ICC Test and ODI Teams of the Year in Mumbai on December 3. In the same event, India captain Mahendra Singh Dhoni was revealed as the LG People's Choice award winner.

Clarke has been joined on the winners' list by Sri Lanka's Kumar Sangakkara, who was named ICC ODI Cricketer of the Year, and Pujara, who claimed his first-ever ICC award.

Pujara became the second fastest Indian to get to 1000 Test runs, during the course of his double hundred against Australia in March at Hyderabad, where he put on a 370-run record second wicket partnership with Murali Vijay.

England's Sarah Taylor clinched the ICC Women's T20I Cricketer of the Year award for the second year in a row, while Sri Lanka's Mahela Jayawardena won his second ICC Spirit of Cricket award, this time for walking without waiting for an umpire's decision when batting on 91 against New Zealand in Galle in November 2012.

Continue FREE with Ads Pay Rs. 1 to Read Without Ads
READ MORE IN:
Cheteshwar Pujara Sports
Next Story : LeT Operative Being Trailed for Past One Week: Shinde
Download the Outlook ​Magazines App. Six magazines, wherever you go! Play Store and App Store