If Eggs Are Hurled At Me, I Will Make Omlettes & Eat Them, Says Union Minister Babul Supriyo 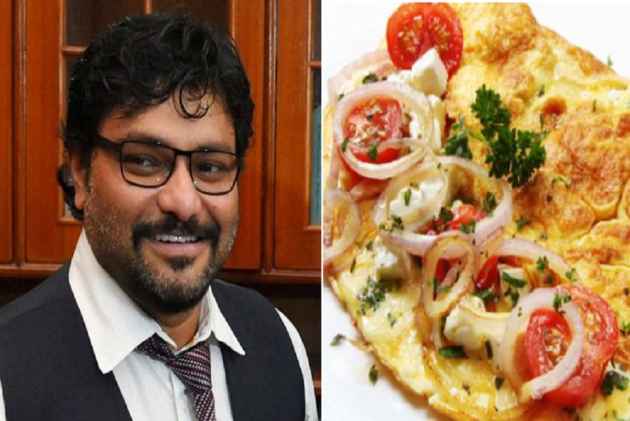 Print
A
A
A
increase text size
Outlook June 15, 2017 15:23 IST If Eggs Are Hurled At Me, I Will Make Omlettes & Eat Them, Says Union Minister Babul Supriyo

Union minister Babul Supriyo on Thursday ridiculed the ruling BJD and the opposition Congress in Odisha and said he would make omelet if eggs were hurled at him.

"There is not an iota of fear in me. I heard some people hurled eggs. I am a non-vegetarian. If BJD and Congress workers hurl eggs at me, I'll make omelet with it and eat that," the minister of state for heavy industries told reporters when asked whether he was afraid of facing egg attack in the state.

Several BJD workers yesterday had hurled eggs at the vehicle of Union Minister of Tribal Affairs Jual Oram at Aul Bazaar in Kendrapara district while Congress activists showed black flags at him.

While BJD supporters opposed the visiting minister over Mahanadi water dispute, Congress workers targeted him over the killings of six farmers in police firing in Mandsaur and also on the Mahanadi issue.

"I have come from West Bengal where political situation is worse than Odisha, so none can scare me here" he said and accused both the BJD and the Congress of looting the state.

"The BJD and Congress are creating hindrances for the welfare schemes of the Centre to reach the people," he alleged.

Continue FREE with Ads Pay Rs. 1 to Read Without Ads
READ MORE IN:
Babul Supriyo National
Next Story : Sack Employees Who Got Jobs With Fake Caste Certificates: Govt To All Departments
Download the Outlook ​Magazines App. Six magazines, wherever you go! Play Store and App Store