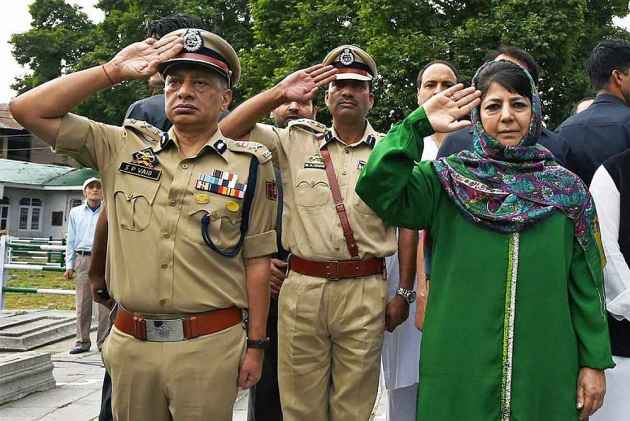 Chief Minister Mehbooba Mufti today said the press needs to ensure correct and contextual portrayal of happenings in Jammu and Kashmir, even as she alleged that a section of the national media was "alienating" the people of the state by indulging in debates and reportage which are "far from reality".

The CM stated this while interacting with a visiting Press Council of India (PCI) team which met her here.

"A section of the country's media has been indulging in debates, discussions and reportage about the state and its people, most of which is far from reality. This section needs to be reminded that by resorting to this diatribe about the state, they are not doing any service to the country but further alienating the people of the state," Mufti said.

Headed by S N Sinha, the three-member PCI team is on a week-long tour of the state.

The chief minister said told the visiting delegation that need of the hour is to focus on commonalities, reconciliation and healing the wounds where the media has a very critical role to play.

"Positive reporting about the state and its people by the media outlets will not only create a soothing impact on the minds of people here, it will also help the people of rest of the country in understanding Jammu and Kashmir and its people better," she said.

The chief minister invited the PCI to hold part of its golden jubilee celebrations in the state.

She asked the delegation to help in clearing misconceptions about the state in a section of the media and consequently people in the country.

The chief minister told the PCI delegation that the media fraternity in the state has performed in very difficult and extreme situations in the past and its professional competence can be matched with the best in the country.

Omar told the delegation that a free and fair press is the bedrock of a healthy democracy and all should endeavour to ensure the ethos of objectivity, press freedom and neutrality are upheld and maintained at all costs.

The NC working president said it was imperative to ensure that the reportage from Kashmir, especially that by the electronic media, is factual and free from any hyperboles, biases and prejudice.

"The wrong portrayal of evolving situations in Kashmir has a disastrous effect on our tourism industry and also takes us further away from the goal of peace. The goals of objectivity and neutrality should be non-negotiable and we should all ensure we don't add to the alienation - especially among the youth," Omar said.

The PCI team, which arrived here on July 16, has held extensive deliberations with media owners, editors and working journalists over the past four days to know about the issues confronting the media in Kashmir.

The team will be visiting Jammu and Ladakh separately before finalising their report on the media scenario in Jammu and Kashmir.