India Has to Stand by Security Forces, Not Terrorists: Ram Madhav 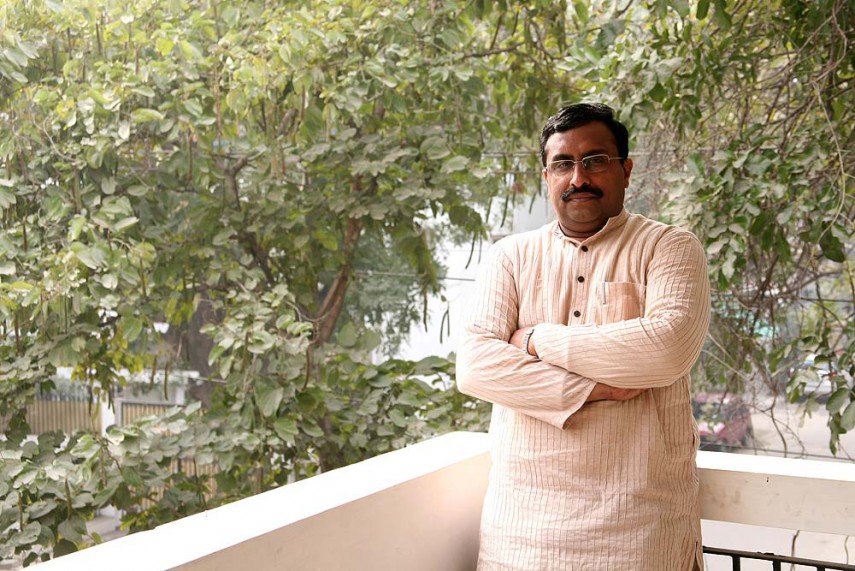 Print
A
A
A
increase text size
Outlook July 24, 2016 18:59 IST India Has to Stand by Security Forces, Not Terrorists: Ram Madhav

The country has to stand by the security forces and not terrorists, BJP General Secretary Ram Madhav today said, in the wake of violence which claimed 46 lives in Kashmir Valley following the killing of Hizbul Mujahideen commander Burhan Wani.

"In 1994, a unanimous resolution was passed in Parliament that the only outstanding issue between India and Pakistan is with respect to PoK. We tell our BJP-PDP government in J&K that you don't have any 'locus standi' when it comes to India and Pakistan. It will be dealt with by the Government of India," Madhav said here.

"But, we all have to understand our outstanding issue is not Kashmir. It is ours. When I say it is ours, I am not talking of geography alone but I am also talking about the demography. When I say Kashmir is ours, the people of Kashmir are also ours. This message has to be loud and clear," he said.

"If today some of them are on a wrong path, we will set them on right path. Have faith. People in PoK are also our people. We have to get that. But our problem is that in media studios, Wani is our man, not the peace-loving people of the state...Some of them are violent, but many of them are peace loving," he said.

"There were 14 criminal cases against him (Wani), including attacks on army, police and killing of constable. These are very serious cases. He is a terrorist on whose head there was Rs 10 lakh reward," he said.

"One parliamentarian says you should have captured him and arrested him. During an encounter when bullets are flying do you check the bio-data while shooting?" he asked.

"Our soldiers, policemen, para-military personnel who went to capture him only know how to act against a terrorist. The country has to stand by the security forces and not terrorists," he said.

Madhav further said Home Minister Rajnath Singh is camping in J&K and holding discussions to bring peace in the state.

Life in Kashmir has been paralysed since July 9, a day after Wani was killed in an encounter with security forces.

Clashes between protesters and security forces have claimed 46 lives and left over 3,400 people injured in Kashmir Valley.