The two sides decided to establish a bilateral Technology Innovation Fund worth US$ 40 million for research in industrial development. Modi said, “We also discussed the situation in West Asia and wider region. It is India’s hope that peace, dialogue and restraint will prevail.” 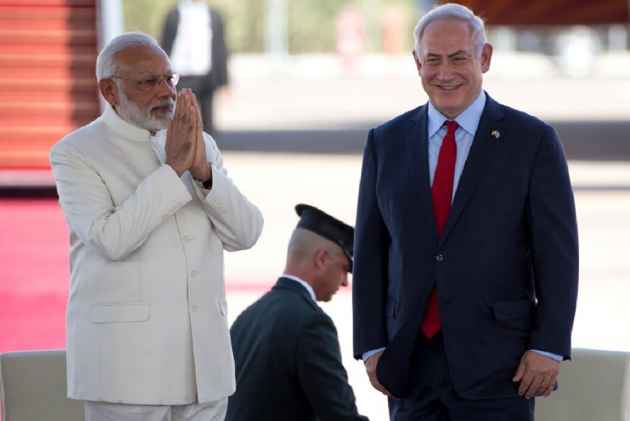 A Memorandum of Understanding (MoU) was signed between Department of Science and Technology and Israel's National Technological Innovation Authority for setting up of USD 40 million worth India-Israel Industrial Research and Development (R&D) and Technical Innovation Fund.

Prime Minister Modi said, "we are of one view that together with our scientists and researchers would develop, build and implement mutually beneficial solutions in the field".

"Our decision to establish a bilateral technology innovation fund worth USD 40 million for research in industrial development will help us in achieving this goal.

"We regard thriving two-way trade and investment flows as the bedrock of a strong partnership. Prime Minister Netanyahu and I agreed on the need to do more in this direction. Businesses on both sides should take primary lead in such efforts," he said.

In the water sector, two agreements were signed to increase cooperation on water conservation and state water utility reform in India.

Ministry of Drinking Water and Sanitation, and Israel's Ministry of National Infrastructure, Energy and Water Resources signed the agreement on National Campaign for Water Conservation in India.

The second one was signed between Uttar Pradesh Jal Nigam and the Ministry of National Infrastructure, Energy and Water Resources on State Water Utility Reform in India.

Modi said that Israel is among the leading nations in the field of innovation, water and agricultural technology and "these are also among my priority areas in India's development".

"We agreed that efficiency of water and resource use; water conservation and its purification; productivity increases in agriculture are key areas in deepening our bilateral cooperation," he said.

In the agriculture sector, the two countries have agreed upon India-Israel Development Cooperation - a three-year work programme in agriculture from 2018 to 2020.

They also agreed for cooperation between the Indian Space Research Organisation (ISRO) and the Israel Space Agency (ISA) regarding cooperation in Atomic Clocks.

Besides, separate MoUs were signed between ISRO and ISA for cooperation in GEO-LEO optical link, and in Electric Propulsion for small satellites.

Modi, who held wide-ranging talks with Netanyahu on the second day of his landmark visit, the first by an Indian premier, also said that during their talks he and Netanyahu agreed to do much more together to combat terrorism to protect their strategic interests.