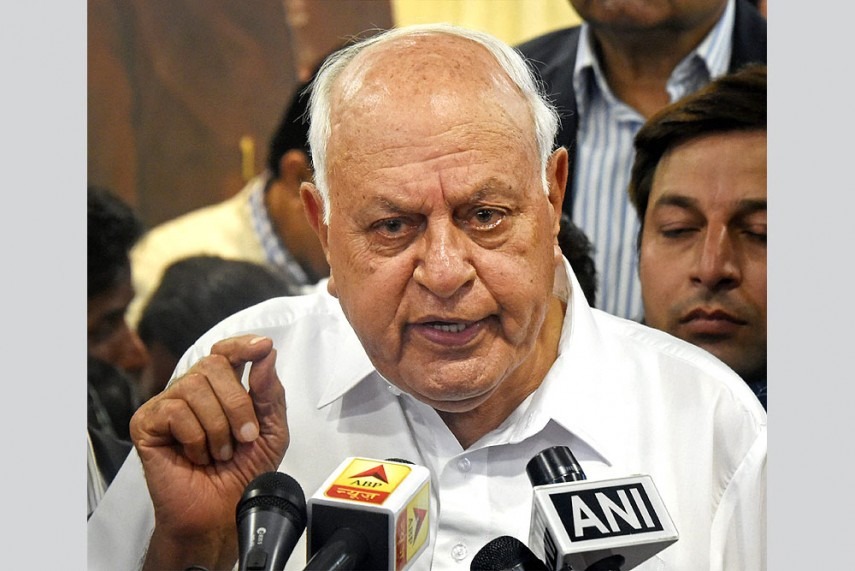 Former Jammu and Kashmir chief minister Farooq Abdullah on Friday said that India should approach third parties, such as the United States and China, to mediate in the Kashmir issue.

Adbullah said India has so many allies across the globe, which can be approached for settling the Kashmir issue to act as a mediator between India and Pakistan.

"For how long are you going to wait? Sometimes, you have to pull the bull by its horns. The way is to have a dialogue. India has so many friends all across the world. They can ask them to act as a mediator. U.S. President Trump himself said that he wants to settle Kashmir problem. China also said that it wants to mediate in Kashmir. Somebody has to be approached," Abdullah said.

"If India is ready to talk to China and does not want to get into war, then they can talk to Pakistan also," he added.

Quoting former Prime Minister Atal Bihari Vajpayee's statement - Friends can be changed, but not neighbours, the National Conference (NC) leader said that arrogance and stubbornness would not let any of the nations progress and develop.

"The stubbornness, exhibited by both the nations, will not lead us anywhere. Remember what Atal Bihari said, 'Friends can be changed, but not neighbours. One can move forward while maintaining friendship or can regress by becoming enemies,'" he said.

Expressing concern over the ongoing tension in the Valley, Abdullah appealed to the Government to bring the disturbing elements light and punish them.

"If the youth of tomorrow are targetted today, how will they run the nation? I would like to urge the Government to expose the perpetrators," he said.

"We are being sandwiched. People die every day. The situation is worse in the Valley," he added.

Jammu and Kashmir is embroiled in violent chaos since July last year, when Hizbul Mujahideen commander Burhan Wani was killed by the security forces. (ANI)