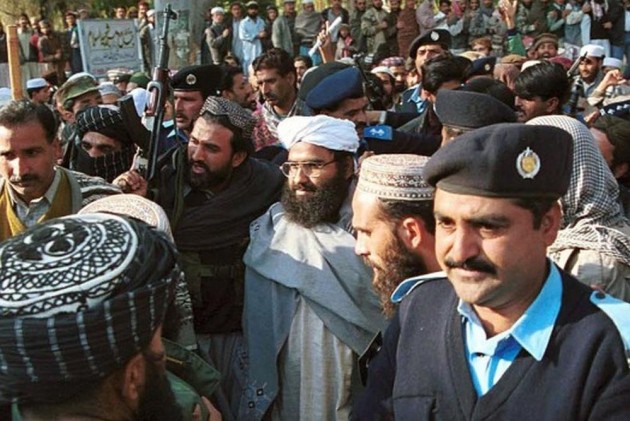 India has strongly criticised the Security Council for taking months to consider sanctioning leaders of groups it has itself designated as terror entities, in an obvious reference to the "technical hold" on India's bid to get JeM chief Masood Azhar banned by the UN.

Asserting that the Security Council is stuck in its own "time warp and politics", India's Permanent Representative to the UN Ambassador Syed Akbaruddin yesterday slammed the Council's inability to sanction the leaders of terrorist organisations.

"While our collective conscience is ravaged everyday by terrorists in some region or another, the Security Council gives itself 9 months to consider whether to sanction leaders of organisations it has itself designated as terrorist entities," Akbaruddin said at a session on equitable representation and increase in the membership of the Security Council here.

Earlier this year, China had extended the "technical hold" on India's move to get Azhar designated as a terrorist by the UN. The six-month validity of the technical hold lapsed in late September and China sought another three-month extension on India's bid.

He lamented that the snail-paced and "never-ending carousel of discussions" on United Nations Security Council (UNSC) reforms, saying "it is time to break the impasse" to urgently reform the body that is "unresponsive" to the current global situation.

The inability to respond to humanitarian situations, terrorist threats and peacekeeping vulnerabilities during this year itself are part of the price that is being paid for the international community's lack of progress on the critical matter, he noted.

"On issues pivotal to international security such as Syria, there is inaction, and on other situations like dealing with the peacekeeping crisis in South Sudan we see fragmented action which is not implemented even months after being agreed upon," Akbaruddin said.

"The Security Council, stuck in its own time warp and politics, can only be described as working randomly on the basis of a mix of ad-hocism, scrambling and political paralysis. Need one say more about the urgency of the need for reform of this relic which has long been unresponsive to the needs of our time," he said.

Akbaruddin said the never-ending carousel of discussions on UNSC reforms leaves many in the international community perplexed as the crucial reform of the Security Council has been delayed despite both its importance and its urgency.

He pointed out that the Council's global governance structure does not cease to surprise the international community with its persistent inability to even effectively engage with the tasks at hand.

"The lack of representativeness of its membership, especially in the permanent category, which was decided upon 70 years ago adds to its lack of legitimacy and credibility," he added.

The ambassador expressed hope that under the current UN General Assembly President Peter Thomson, a process on furthering the reform will be put in place that can help move from discussions to negotiations.

"It is time to break the impasse. It is time to reflect the different hues in a text so that everyone can discern the trend lines and trajectory of thinking of Member States," he said.