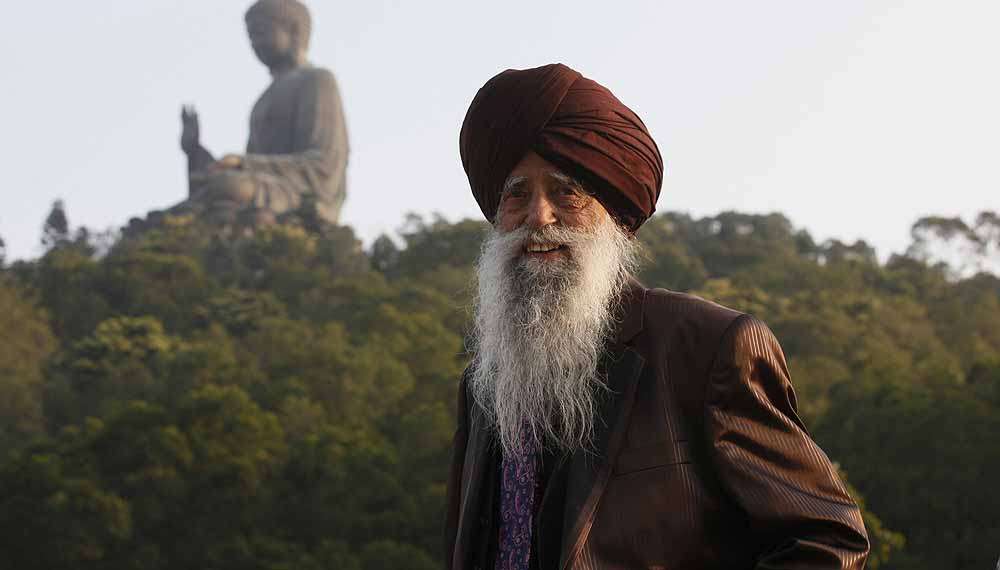 Indian-origin 103-year-old marathon runner Fauja Singh was today nominated for British Empire Medal in the Queen's New Year Honours List for his services to Sport and Charity while heart specialist Nilesh Samani has been named for knighthood.

Besides, NRI actress and writer Meera Syal who is famous for comedy roles on television in Goodness Gracious Me and The Kumars at No 42, becomes CBE, Commander of British Empire.

She is among nearly 30 NRIs figuring in the honours list.

Fauja Singh is widely believed to be the oldest marathon runner in the world.

Based in Essex, Singh is a keen charity supporter and champion of Age UK. He took up running aged 89 and carried the Olympic flame through east London in 2012.

He is the Professor of Cardiology at the University of Leicester and Consultant Cardiologist at Glenfield Hospital.

Professor Samani, 58, said "This is a very great honour and comes as a complete surprise.

"It is an honour which recognises the work and support I have received from both the hospital and university over the years.

"Of course it recognises the support I have received from my wife Varsha and my family."

Samani, who has two sons, said: "My first focus is treating my patients and conducting research. This award is a wonderful bonus."

He has been a principal investigator on several major national and international projects in cardiovascular genetics.

Syal, who is honoured for services to drama and literature, also scripted the film Bhaji On the Beach.

She used her experiences growing up in the West Midlands for her first book Anita And Me, which was later adapted for the screen.

Continue FREE with Ads Pay Rs. 1 to Read Without Ads
READ MORE IN:
Fauja Singh International
Next Story : Homecoming of Hindus Is Not Conversion: Togadia
Download the Outlook ​Magazines App. Six magazines, wherever you go! Play Store and App Store