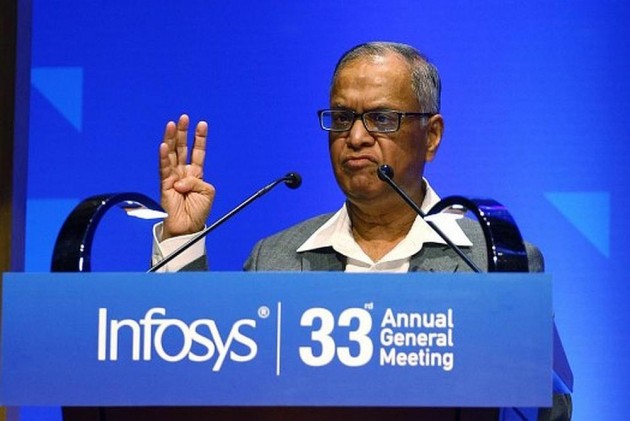 Shares of Infosys fell by over 1.00 per cent today after fresh row erupted between the founders and the Board of the company over the pay hike to Chief Operating Officer U B Pravin Rao.

Infosys founder N R Narayana Murthy yesterday said that the compensation hike to Chief Operating Officer (COO) U B Pravin Rao approved by the board in February was not "proper" and "will likely erode the trust and faith of the employees in the management and the board".

"The impact of such a decision (compensation hike) will likely erode the trust and faith of the employees in the management and the board," he said.

Infosys Board passed Rao's pay hike with 67 per cent of votes, while 33 per cent voted against it.

Only 24 per cent of promoters voted in favour of the compensation hike, and rest of them abstained from voting.

Murthy also said that given the current poor governance standards at Infosys, the targets for variable pay may not be adhered to if the board wants to favor a top management person.