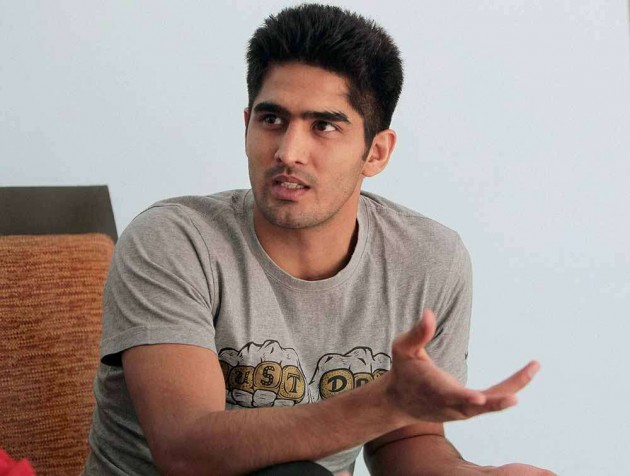 Star Indian boxer Vijender Singh has pulled out of the 35th National Games starting tomorrow after failing to recover from a nagging nose injury.

"I have not been able to recover from the nose injury which had forced me out of the Asian Games November last. It flared up again while I was training some days back," Vijender told PTI.

The former Olympic bronze-medallist middleweight boxer, however, assured that the injury was not career-threatening.

"It is not a major injury but I have to be careful. I cannot risk competing while carrying this problem, that's why I have decided to pull out of the Games. I will have to wait some more to make a comeback," he said.

The 29-year-old was last seen in action at the Commonwealth Games in Glasgow last year where he won a silver medal.

Vijender's pullout adds to the list of star athletes, who have decided to give the Games a miss owing to varied reason. Missing in action will be badminton star Saina Nehwal and top wrestlers Sushil Kumar and Yogeshwar Dutt among others.

Vijender said he was keen to participate had it not been for the injury.

"I wanted to participate in the Games and was preparing for the event but this injury has forced me to make a last-minute pullout," Vijender said.

The boxing competition of the Games will be staged in Thrissur.