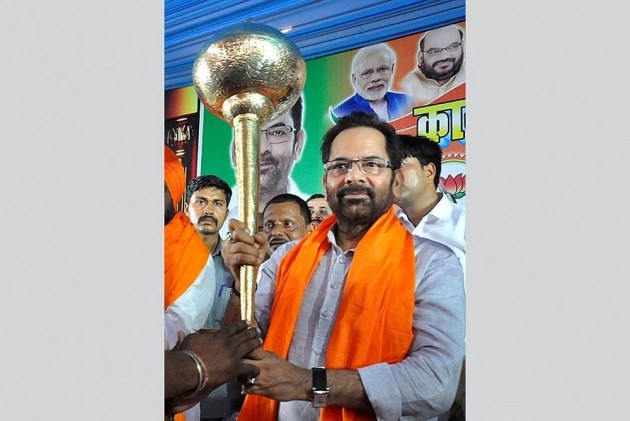 In an apparent dig at the AAP, Union Minister Mukhtar Abbas Naqvi today said BJP's impressive show in the MCD polls is a "lesson" for those crying foul over EVMs and asked it to respect people's mandate.

Minister of State for Minority Affairs Naqvi, without naming any of the opposition parties, also added that the saffron party's victory is a "clean sweep" against politics of "anarchy and arrogance".

The Arvind Kejriwal-led AAP has been at the forefront of opposition parties complaining of EVMs tampering.

From the results available until now, the ruling BJP is headed for a landslide victory, winning 160 of the total 270 wards which went to polls in the three municipal corporations.

The AAP, which made its civic polls debut, bagged 26 seats. The Congress was relegated to third position, winning 8 seats.