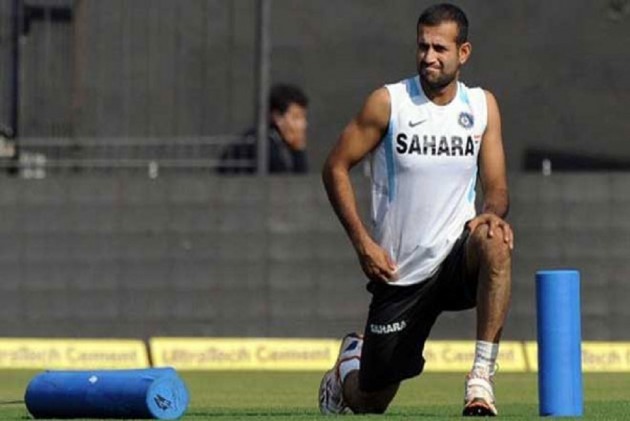 Print
A
A
A
increase text size
Outlook April 25, 2017 15:44 IST Irfan Pathan Gets IPL Lifeline After Gujarat Lions Rope Him In As Bravo's Replacement

Former India all-rounder Irfan Pathan got an IPL lifeline after the struggling Gujarat Lions roped him as Dwayne Bravo's replacement.

Pathan Junior was one of the biggest names that went unsold at the February auctions of IPL. He had a base price of Rs 50 lakh and twice his name came under the hammer only to be ignored by franchises.

Bravo has already been ruled out of IPL as he is yet to fully recover from a surgery he underwent for his injured left hamstring.

The Lions languishing at the seventh place in the eight- team IPL are in search of an Indian seamer all-rounder.

It was Irfan's experience of 102 IPL games in previous nine seasons and dearth of quality all-rounders in the country that worked in his favour.

In fact, Irfan posted his picture on Twitter, wearing a Gujarat Lions T-shirt with a message, "looking forward to be a part of this wonderful unit."

The 32-year-old Irfan, once India's premier all-rounder, has been out of national reckoning for quite sometime now.

In fact, a popular notion about him being an 'IPL to IPL' player has also not helped his cause.

Continue FREE with Ads Pay Rs. 1 to Read Without Ads
READ MORE IN:
Irfan Pathan National
Next Story : Punjab Govt to Give Same Sops to Existing Companies as New Ones
Download the Outlook ​Magazines App. Six magazines, wherever you go! Play Store and App Store