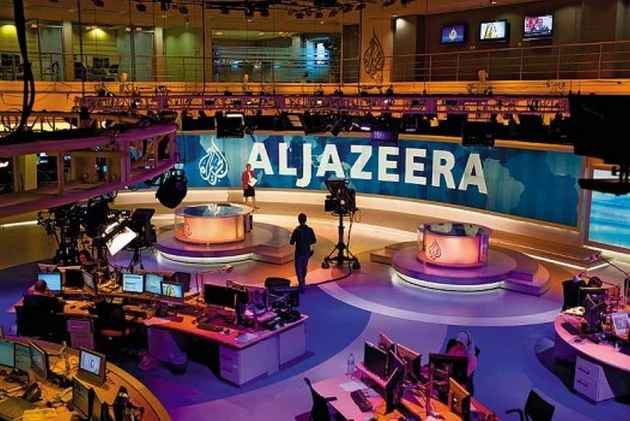 Israeli Prime Minister Benjamin Netanyahu has said that he wants to expel Qatari broadcaster Al-Jazeera from Israel amid tensions over a sensitive Jerusalem holy site.

"The Al-Jazeera channel continues to incite violence around the Temple Mount," Netanyahu wrote in a Facebook post yesterday, referring to the Haram al-Sharif compound in Jerusalem, known to Jews as the Temple Mount.

"I have appealed to law enforcement agencies several times to close the Al-Jazeera office in Jerusalem. If this is not possible because of legal interpretation, I am going to seek to have the necessary legislation adopted to expel Al- Jazeera from Israel."

Israel has regularly accused Al-Jazeera of bias in its coverage of the Israeli-Palestinian conflict.

The network did not immediately respond to a request for comment.

Protests and deadly unrest have erupted in the days since the new security measures were installed at the holy site.

A tense standoff was still underway between Israel and Muslim worshippers at the Jerusalem holy site despite the removal of metal detectors there, with concerns the situation could deteriorate into major unrest.

Muslims have refused to enter the site and have prayed in the streets outside for more than a week after Israel installed the new security measures at the compound.

The Israeli measures followed an attack that killed two policemen.

Palestinians view the security move as Israel asserting further control over the site, which houses the revered Al- Aqsa mosque and the Dome of the Rock.

Netanyahu has sought to improve ties with countries in the region, where it is heavily criticised over its 50-year occupation of Palestinian territory.

Egypt and Jordan are currently the only two Arab countries with peace treaties with Israel.