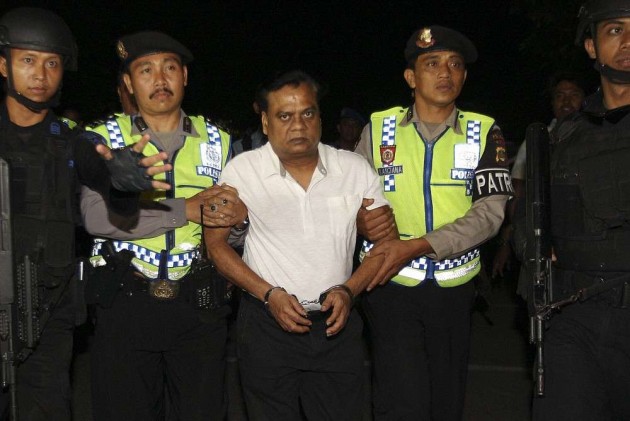 Rajan, who was produced via video link from Delhi's Tihar Jail told the court that he has received the charge sheet and needs time to go through it.

"I am kept in a high security cell and only taken out once in a week and need 15 days to a month for scanning the charge sheet and engaging a lawyer in Mumbai," Rajan told the court to which Judge Pansare informed the gangster that his (Delhi-based) lawyer Anshuman Sinha was present in the court.

On January 7, the court had reprimanded Mumbai Police for not serving the copy of the charge sheet to Rajan.

Later, he had passed an order directing the police to serve the copy of charge sheet to Rajan.

Rajan, a former key aide and lieutenant of underworld don Dawood Ibrahim, was arrested at Bali airport in Indonesia on October 25 after he arrived from Australia, and was later deported to India.

He is facing around 70 cases in Maharashtra, which includes the J Dey murder case. Maharashtra government has handed over all the cases against him to CBI.

Dey, a veteran crime reporter, was shot dead in suburban Powai by motor-cycle borne shooters on June 11, 2011 allegedly at the behest of Rajan.

Four persons on two motorbikes fired at least four to five rounds at Dey, who was also riding a bike, from behind near Spectra Building at D Mart in Hiranandani area of Powai.

After the attack, he was rushed to nearby Hiranandani Hospital where he was declared brought dead. Police had claimed the shooters fled the spot after firing.

Later another charge sheet in 2012 was filed against journalist Jigna Vora who is now out on bail.

Rajan was allegedly upset with two articles written by Dey and therefore ordered his killing. Vora allegedly instigated him, owing to her own professional rivalry with Dey.

On January 4, the Bombay High Court had designated a special court for conducting the trials of cases in which Rajan is an accused.

Earlier, Rajan had moved an application in Delhi court, saying that he may not be sent to Mumbai as there is threat to his life.