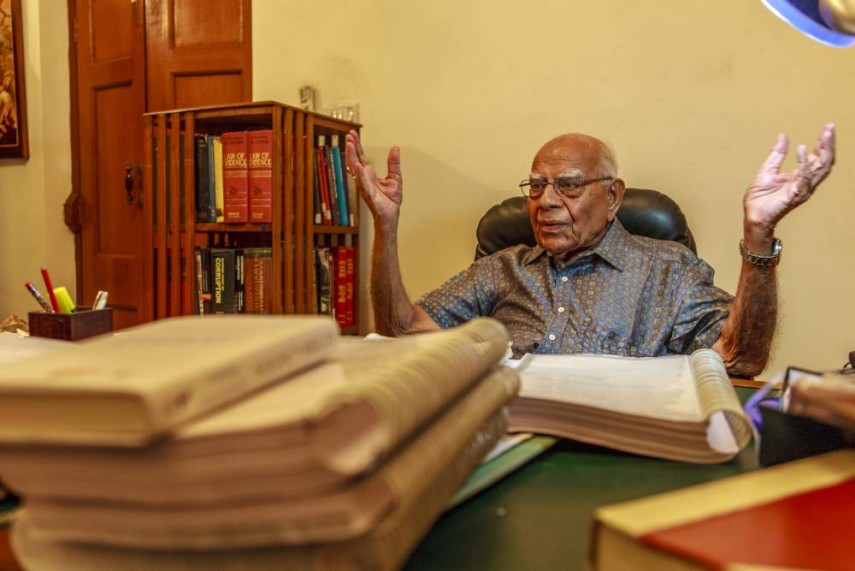 Senior Supreme Court lawyer Ram Jethmalani today assured the ex-servicemen demanding "complete implementation" of 'One Rank One Pension' that he will lead their legal battle in the apex court.

"I am 93-years-old and I can die any day but I assure you that it will not happen before I get you justice from Supreme Court," Jethmalani said while addressing armed forces veterans staging protest at Jantar Mantar in the national capital.

Major General (retd) Satbir Singh, leader of the protesting veterans, claimed a case will be filed by Jethmalani on OROP demand in the Supreme Court in next 3-4 days and he will not charge any fee.

Jethmalani, who has been fighting a legal case over the issue of blackmoney in SC since 2009, also lashed out at the Narendra Modi government for "failing" to bring back blackmoney stashed away abroad.

"Modi promised to bring back blackmoney from foreign countries and I believed him but he fooled me. But when German government offered to disclose the names of such bank account holders, no one from India approached it," he claimed.

Singh said four more cases have been filed in the armed forces tribunal.

"These cases pertain to rulings for Jawans, war widows, arrears since 2006, payments for honourary ranks, rounding off of disability pension, and payments of reservists," he said.