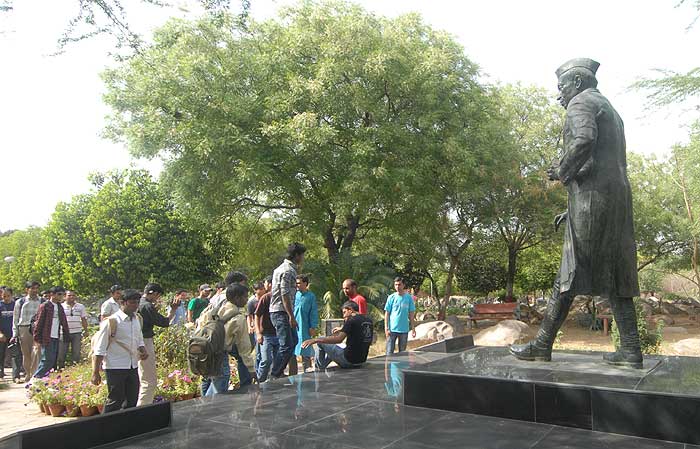 In a fresh development involving the students related to the controversial February 9 event on the university campus, the JNU administration has blocked their registration for the next semester.

The list of 21 students includes JNUSU President Kanhaiya Kumar, Umar Khalid and Anirban Bhattacharya, who were arrested under sedition charges over the event and later released on bail.

During the event anti-national slogans were allegedly raised by the accused as they gathered to mark the death anniversary of Parliament attack convict Afzal Guru.

The circular bearing the names of the students carried a noting by the JNU registrar Pramod Kumar.

"The registration of the following students should be blocked till further notice," it reads.

Although the university authorities were tight-lipped about the development, the affected students protested the move terming it a violation of the court order.

"It's a violation of the High Court order which has prevented university from acting against us," said Ashutosh, who is affected by the decision.

He said although the registrations were blocked by the university the online system which generated their registration folio informed they were blocked as they had not paid fines imposed by the administration.

The Joint Secretary of JNUSU, Saurabh Sharma, whose registration has also been blocked, alleged he was punished for acting against "anti-national" elements.

"The JNU administration has blocked registration of 21 students for the next semester. The charge against me is that I stopped those who raised anti-national slogans on the campus," Sharma, who is from ABVP, the students wing of RSS, said in his statement.

He said the high court had directed for an appellate committee hear the version of the accused students but it has not come out with its report.

An enquiry initiated by the JNU administration had indicted 21 people, including two academics from outside the varsity.

Umar, Anirban, and another student Mujeeb, were rusticated in April, while others were expelled from their hostels or fined.

This was followed by a fortnight -long hunger strike which ended with the Delhi High Court asking the JNU vice-chancellor Jagadesh Kumar to decide on the students' appeals.