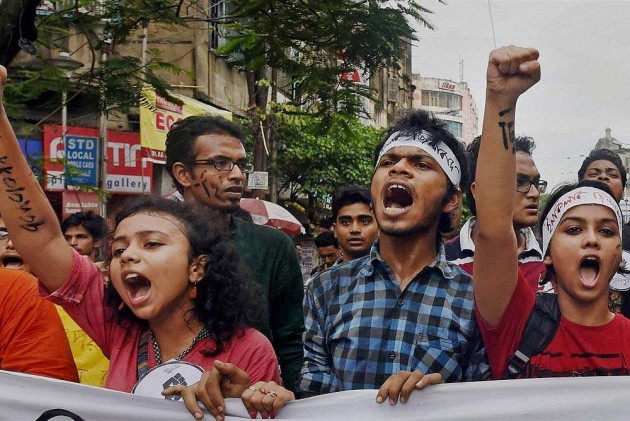 Amid condemnation for its violent midnight crackdown on protestors in the Jadavpur University, police today got a clean chit from the state's minister Partha Chatterjee, who insisted that the law-enforcers had not resorted to lathi-charge.

"It was shown in the video footage given by the students to the Governor that the police had not resorted to lathi- charge on them," the education minister told PTI after he met the Governor at Raj Bhavan during the day.

Chaterjee urged the agitating students to sit for a dialogue "if they have any problem" by lifting the indefinite class boycott programme.

"Now I am telling the students that there has been enough of it. Let them go to classes and if they have any problems, then they may definitely discuss it. But do not go on boycotting the classes and disturb peace in the university premises," he said.

The students were demanding the resignation of Vice- Chancellor Abhijeet Chakraborty holding him accountable for calling the police to the campus on September 16 night.

The VC had submitted a report to the Governor just before city police commissioner Surajit Kar Purakayastha recently held a press meet to say that the police went in with "extreme restraint" to rescue the VC after getting "repeated distress calls" from him.