Jung Made to Resign as He Wanted to Release Shunglu Committee Report, Alleges Maken 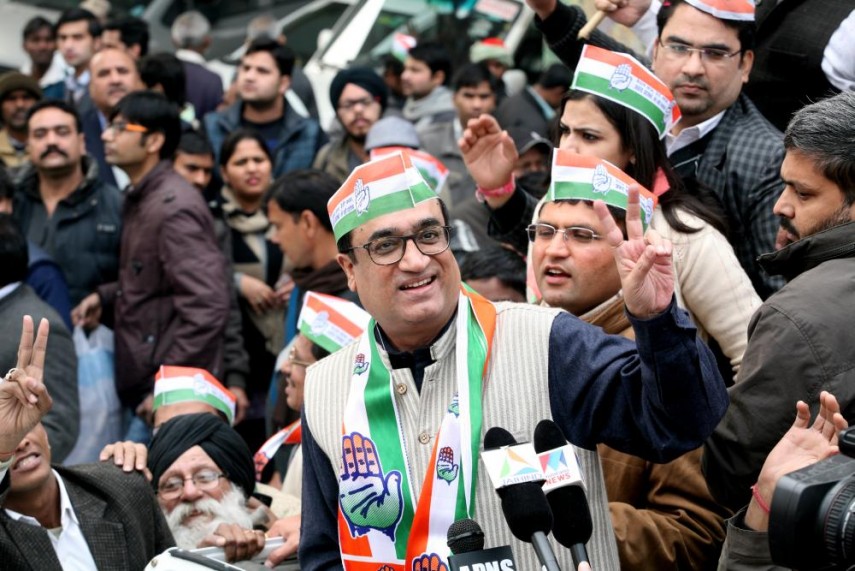 Print
A
A
A
increase text size
Outlook December 24, 2016 10:20 IST Jung Made to Resign as He Wanted to Release Shunglu Committee Report, Alleges Maken

Delhi Congress chief Ajay Maken today claimed Najeeb Jung had to resign because he had planned to make public the Shunglu Committee report and alleged there was a "deal" between BJP and AAP on the matter.

He alleged BJP does not want Congress to form governments in Goa and Punjab, and if the Shunglu Committee report were made public, AAP would have suffered great jolts in the two states, benefiting his party.

The report was not made public as it would have exposed AAP and hence as per the "deal", Jung, who wanted to release it, was made to resign.

The two BJP-ruled states go to poll next year and the AAP has launched intensive election campaigns.

"It seems the deal was struck between the BJP and AAP not to make public the Shunglu Committee report as it would have exposed irregularities in 200 files of Delhi government," Maken told a press conference.

"Dr Najeeb Jung was to make public the Shunglu Committee report on Monday, that's why he had to resign," Maken said quoting "reliable source".

The two states go to poll next year and the AAP has launched intensive election campaigns.

"BJP does not want the Congress party to form governments in Goa and Punjab at any cost. However, the Congress is coming to power in both the states," he claimed.

Earlier, Maken had demanded the Modi government to explain the reason behind sudden resignation by Najeeb Jung from the post of Lt Governor.

He had charged the reason behind Jung's "unceremonious exit" could be a "deal" between Narendra Modi and Kejriwal, or he was punished for poor performance of BJP in MCD bypolls, or the government wanted to place a representative of RSS on his post.

Jung had formed the Committee to examine over 400 files on the AAP government decisions.