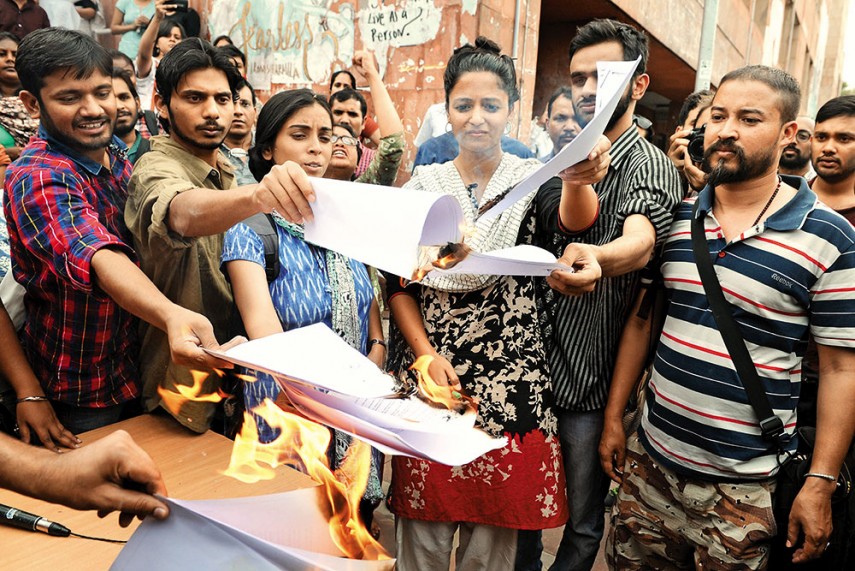 JNUSU President Kanhaiya Kumar and two other students did not misuse interim bail conditions and cooperated with the probe in a sedition case relating to the alleged anti-India slogan-shouting at the university campus in February, Delhi Police today told a court here.

The Special Cell of Delhi Police made the submission in reply to the applications seeking regular bail for the three accused in the case before Additional Sessions Judge Reetesh Singh, who reserved the order on the accused's pleas for tomorrow.

Special Public Prosecutor Rajiv Mohan said the three accused have "cooperated" during the investigation and they have "not misused" their interim bail.

The probe agency also told the court that if granted bail, there must be certain conditions imposed on the accused as the investigation was still going on in the matter.

Kanhaiya, Umar Khalid and Anirban Bhattacharya, who are out on interim bail, had moved the court for regular bail.

Kanhaiya's move came after the Delhi High Court on August 17 had refused his application for regular bail and asked him to approach the sessions court for the purpose. He was granted interim bail by the high court on March 2 for six months which is scheduled to expire on September 1.

While granting interim bail to Khalid and Bhattacharya on March 18, the trial court had observed that the role attributed to Kanhaiya does not appear to be different from the allegations levelled against the two accused.

The court had granted the relief to the duo on furnishing of a personal bond in the sum of Rs 25,000 with one surety of the like amount, which was complied with by them following which they were ordered to be released till September 19.

It had also directed Umar and Anirban not to leave Delhi without permission during the period of interim bail and make themselves available before the investigating officer as and when required for the probe.

The high court had earlier granted interim conditional bail for six months to Kanhaiya asking him not participate actively or passively in any activity which could be termed anti-national.

Kanhaiya was arrested on February 12 on sedition charges in connection with an event on the campus on February 8 where anti-national slogans were allegedly raised. Umar and Anirban were arrested later.