Jammu and Kashmir today completed 100 days even as the Valley remained curfew-free in view of an improvement in the situation. 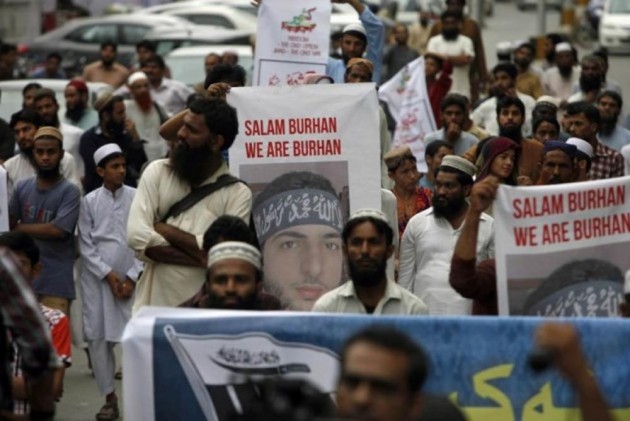 Its been a hundred days since the killing of Hizbul Mujahideen militant Burhan Wani in an encounter with security forces happened and unrest took hold in the Valley. Jammu and Kashmir today completed 100 days even as the Valley remained curfew-free in view of an improvement in the situation.

The unrest, which began a day after Wani was killed in an encounter in south Kashmir on July 8, has left 84 people, including two cops, dead and several thousand injured.

The Valley has witnessed continuous shutdown for the past 100 days with periodic relaxation as announced by the separatists who are spearheading the current agitation.

The strike has crippled normal life in the Valley as shops, business establishments and petrol pumps have remained closed except for the relaxation period.

The shutdown has affected the education of the children as schools, colleges and other educational institutions have been shut in the Valley.

Authorities also imposed curfew and restrictions on most of these 100 days, throwing normal life out of gear in the Valley.

However, there was no curfew anywhere in Kashmir today, a police official said, adding restrictions on the assembly of people under Section 144 CrPc were in force throughout the Valley as a precautionary measure to maintain law and order.

He said there was improvement in the situation with each passing day as more people were defying the Hurriyat-sponsored strike and coming out to carry their day-to-day activities.

There is increased movement of public transport, except buses, on the days when there are no restrictions.

Some shops also opened in some areas in the civil lines and outskirts of the city, the official said.

He said security forces have been deployed in sensitive areas to maintain law and order as also to instill a sense of security among the people so that they can carry out their day to day activities without fear.

The authorities had on Friday night restored outgoing call facility on prepaid mobile phone connections after three months in view of the improving situation.

However, mobile Internet services continued to remain suspended across Kashmir.

Continue FREE with Ads Pay Rs. 1 to Read Without Ads
READ MORE IN:
Burhan Wani National
Next Story : Focus Of The BRICS Summit To Be 'Countering Terrorism'
Download the Outlook ​Magazines App. Six magazines, wherever you go! Play Store and App Store