Kashmiri Woman is US Envoy to Muslims 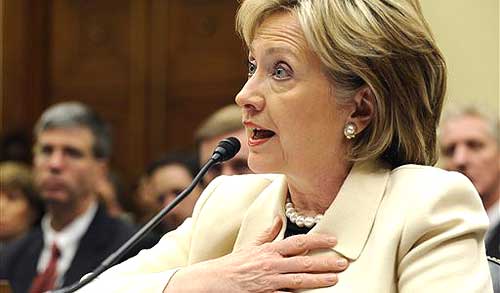 outlookindia.com
-0001-11-30T00:00:00+0553
Stepping up efforts to forge a "new beginning" in ties with the Islamic world, the US has said its appointment of Kashmiri-origin Indian woman, Farah Pandith, as a Special Representative to Muslims will help it engage the 1.5 billion community members across the globe.

"I am pleased to announce the appointment of Farah Pandith to serve as Special Representative to Muslim Communities," Clinton said in a statement yesterday.

Farah will play "a leading role" in the US efforts to engage Muslims around the world, she said.

The State Department, which announced her appointment on Thursday, said Pandith and her staff will be responsible for executing the Obama Administration's efforts to reach out to the Muslim communities around the world on the people-to-people and organisational levels.

In his June 4 speech in Cairo, Obama had said he was seeking "a new beginning" between the US and Muslims "based on mutual interest and mutual respect, and based upon the truth that America and Islam are not exclusive and need not be in competition."