The chief minister has ordered all the Delhi government ministers and officers to meet the public without appointment in their offices for an hour on weekdays. 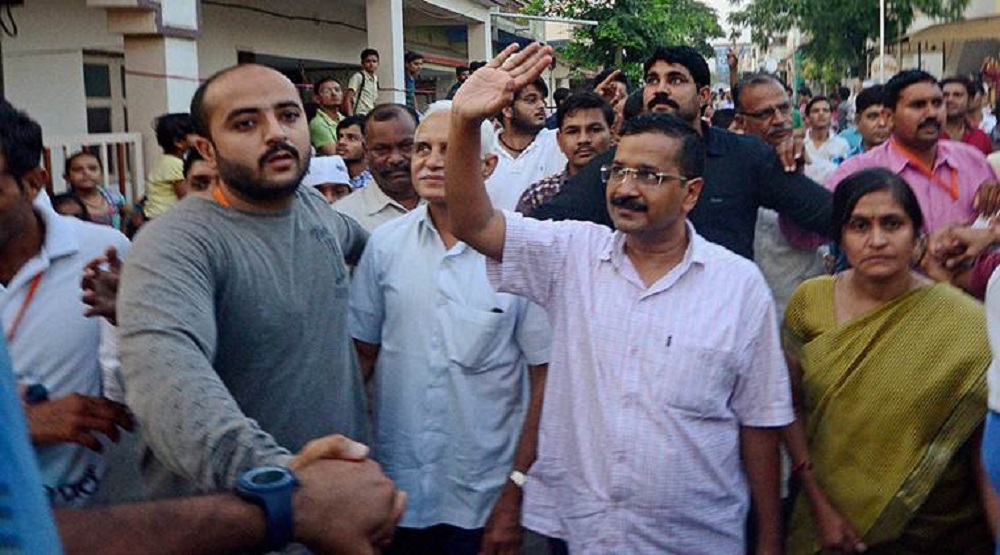 Print
A
A
A
increase text size
Outlook May 24, 2017 17:21 IST Kejriwal Asks 'Disconnected' Delhi Ministers, Officers To Meet People For An Hour Every Day

Chief minister Arvind Kejriwal has ordered all the Delhi government ministers and officers except field staff to meet the public without appointment in their offices for an hour on weekdays – an apparent attempt to connect with the people after his party’s poor show in the MCD polls.

“Kejriwal has ordered all the Delhi government ministers and officers except field staff to meet public without appointment between 10-11 am from Monday to Friday,” Delhi’s deputy chief minister Manish Sisodia said while addressing a press conference on Wednesday.

According to PTI, Aam Aadmi Party chief Kejriwal has issued a note to chief secretary MM Kutty directing him to make a formal arrangement for the meetings that would address people's grievances.

"During our visits (to parts of the city) in the past few days, people complained of a disconnect between the government and the masses," Sisodia said.

It was in view of this that the CM had ordered an hour- long meeting every day, he said.

The deputy cm said the decision would not be applicable to the government's field staff such as doctors and teachers.

"The CM has directed the chief secretary to ask officers not to schedule their meetings between 10 AM and 11 AM so that they can address people's grievances. Exceptions will only be granted if an officer is on leave," he said.

A senior government official said if needed, the Cabinet would pass a proposal on a structure for such meetings.

Sisodia said the government did not apprehend a "huge rush" in government offices because of the public meetings.

"We have not centralised the public meeting at one place. If someone has a grievance related to the office of a sub- divisional magistrate, they would meet the SDM concerned," he said.