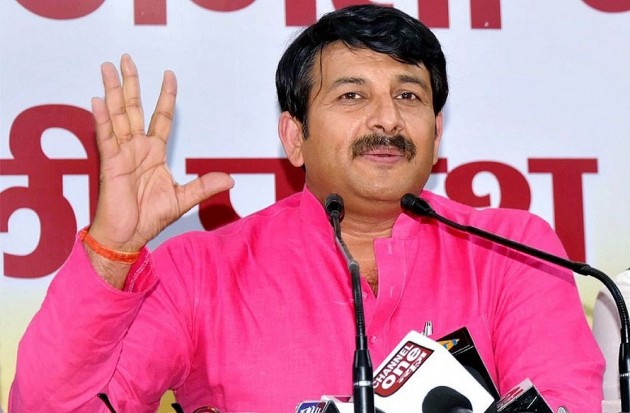 "It is a black day for Delhi. The whole of Delhi is in a state of shock after Kapil Mishra's revelation. The chief ministers of all the states must also be in the state of shock following this. It is not an allegation, but a statement of a witness. I would like to thank Kapil Mishra for the courage that he has shown by raising his voice against corruption," Tiwari told the media here.

Tiwari further said that Mishra had raised this issue before the chief minister earlier and asked him to apologise to the party for taking money from Satyendra Jain.

The state BJP president further demanded Kejriwal's resignation while saying that he neither had moral nor legal right to continue as the chief minister.

"Kapil Mishra has exposed Arvind Kejriwal. Kejriwal doesn't have the moral and the legal right to continue as the chief minister of Delhi. He must resign immediately. Kejrwal has left behind even Lalu Prasad in terms of corruption," Tiwari added.

Kicking up a row, Mishra earlier in the day told reporters at Rajghat that he "saw" Jain handing over "Rs. 2 crore" to Kejriwal at his official residence.

Reacting on Mishra's revelation, the BJP asserted that it was time for the latter to be arrested and brought down from power.

Speaking to ANI here, Union Sports Minister and BJP leader Vijay Goel lashed out at the 'honest' AAP, alleging the party during its tenure has looted the people of Delhi.

"They fought for corruption, initially. Now, corruption charges are being levied against their party leaders. This should be taken into account and Kejriwal should be arrested immediately," he said.

Echoing similar sentiment, BJP's Shyam Jaju said that since everything was out in the 'public domain', the Chief Minister, who stood for 'zero-tolerance', should be expelled from power.

"Kapil Mishra submitting proof to the Lieutenant Governor is enough to show the true character of the AAP frontrunners. He has been fooling the public with the façade of being against corruption. The people of Delhi now know the truth," he said.

Apart from levying allegations on Satyendra Jain, Mishra further revealed that a deal worth Rs. 50 crore was sanctioned for Kejriwal's relative.

"Satyendra Jain himself has accepted in front of me that he made a deal of Rs. 50 crore for a relative of Arvind Kejriwal. I even had a discussion about this with Arvind Kejriwal, but he simply asked me to trust him. But after seeing the cash I cannot keep quiet. It doesn't matter even if I have been removed from the post. I am not going to stay quiet on this issue," he said, while addressing the media here prior to meeting Lieutenant Governor Anil Baijal.

Earlier on Saturday, shortly after being removed from the Delhi Cabinet, Mishra said he might have been axed for saying he would submit the names of those people involved in the tanker scam to the Anti Corruption Bureau (ACB).

"It has nothing to do with the MCD polls, and till now, I have not received any official confirmation so far. But I met Arvind Kejriwal this morning, and I said that it has been a year since the report on the tanker scam was tabled and no action has been taken," Mishra told ANI.

"I had told him that I will submit the names of the responsible persons to the Anti Corruption Bureau (ACB)," Mishra added.

This decision came soon after the AAP suffered a humiliating defeat at the hands of the BJP in the recently concluded MCD polls. (ANI)