Lalu Comes Out In Mayawati's Support, Offers Her Rajya Sabha Seat From Bihar 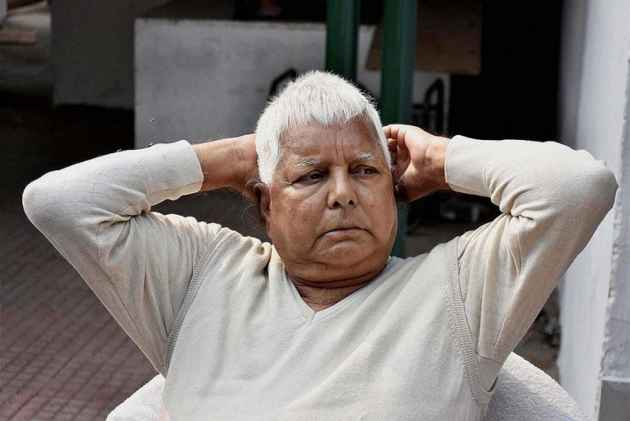 Print
A
A
A
increase text size
Outlook July 19, 2017 09:56 IST Lalu Comes Out In Mayawati's Support, Offers Her Rajya Sabha Seat From Bihar

RJD president Lalu Prasad came out in support of BSP leader Mayawati who resigned from the Rajya Sabha, and offered to send her to the upper house from Bihar.

"Today would be remembered as a black day in the history when a highly respected Dalit leader was not allowed to raise the voice of poor in the Rajya Sabha," Lalu said reacting to Mayawati's resignation on Tuesday.

The BSP chief today tendered her resignation accusing the BJP and the Chair of not allowing her to raise the issue of anti-Dalit violence in Uttar Pradesh.

"If Mayawati wishes, we will send her to Rajya Sabha from Bihar," the RJD president whose party has 80 MLAs in 243-member Bihar Legislative Assembly said.

"We are with her," Prasad said.

Mayawati's current term would have ended in April next year and her party, with just 18 MLAs in the UP Assembly, is not in a position to send her to Rajya Sabha.

"Chanakya had said that an assembly (of people) where a person is not allowed to speak through the force of brute majority is no assembly," he said.

Lalu Prasad's support to Mayawati is being seen as a part of his efforts to bring her and Samajwadi Party leader Akhilesh Yadav together. He has invited the two leaders to his party's August 27 rally here.

Continue FREE with Ads Pay Rs. 1 to Read Without Ads
READ MORE IN:
Lalu Prasad Yadav Mayawati National
Next Story : All Family Members' Aadhaar to be Linked With Ration Cards for Supply of Goods: UP Tells High Court
Download the Outlook ​Magazines App. Six magazines, wherever you go! Play Store and App Store