Did No Wrong, It's A Conspiracy By BJP, Says Lalu After CBI Raids On Him And Family 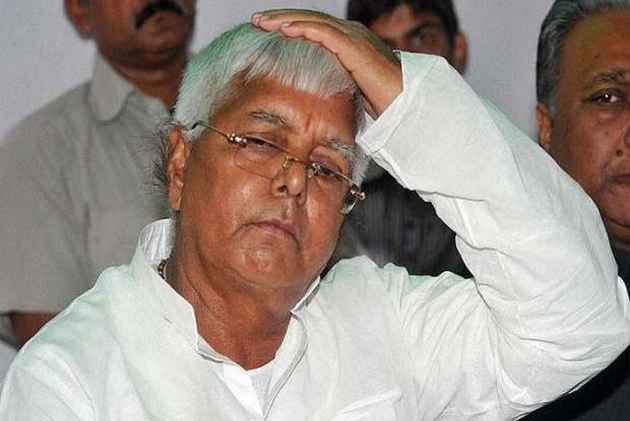 RJD leader and former Bihar chief minister Lalu Yadav said he did no wrong in awarding the tender for maintenance of hotels and alleged that the CBI FIR against him and his family members was a conspiracy by the BJP.

His reaction comes after the CBI today carried out searches at the premises of family members of the former railway minister in connection with a fresh case of alleged irregularities in awarding the tender for maintenance of hotels.

"Me and my family members will not be cowed down," said Lalu.

The case has been registered against Lalu, his wife Rabri Devi, Bihar deputy chief minister and his son Tejashwi, the then IRCTC MD, P K Goyal, the wife of Yadav's confidante Prem Chand Gupta, Sarla rpt Sarla, and others, CBI sources said. Gupta is a former Union corporate affairs minister.

Union information and technology minister M Venkaiah Naidu on Thursday clarified that the government has no role in the current raids.

"Let me make it very clear that the government has no role in it. Instead of facing the charges and answering them, making political allegations against the government and the BJP has become a fashion with some of the opposition parties," Naidu said while addressing a press conference here.

The sources said the FIR relates to allegations of irregularities in the tender for development, maintenance and operation of BNR Hotels in Ranchi and Puri, awarded to the private Sujata Hotels in 2006.

The BNR Hotels are heritage hotels of the railways which were taken over by the IRCTC from the public transporter earlier in the same year.

Searches were conducted at 12 locations including Delhi, Patna, Ranchi, Puri and Gurgaon, they said.