Leaders Wouldn't Be Cowed By BJP's Politics of Revenge: Cong 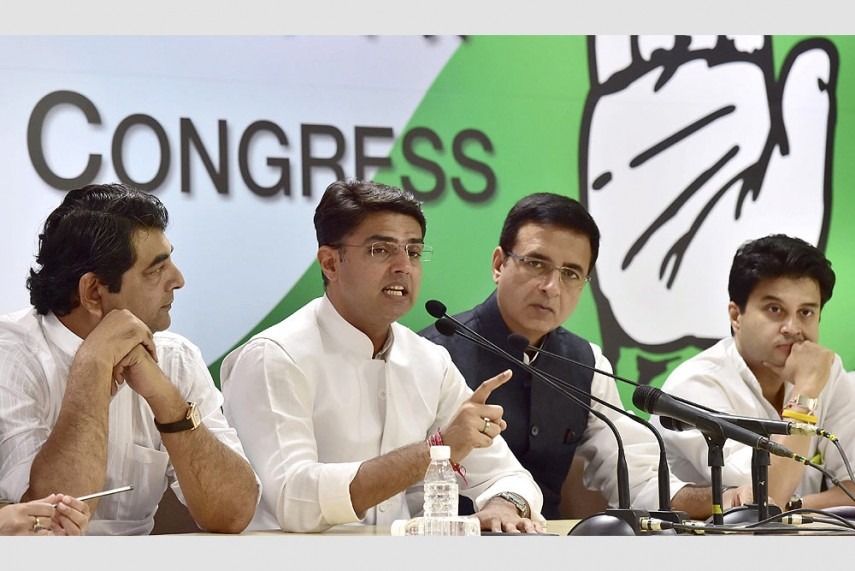 The Congress today said that none of its leaders or that of the opposition would be cowed down by the politics of "revenge and vendetta" which had "become the DNA of this BJP government".

The party accused the BJP of being blinded by revenge to target its opponents and said that it would continue to expose the saffron party before the people.

The AICC incharge of communications, Randeep Surjewala said, "The truth is that revenge has become the DNA of the BJP government."

"We want to reiterate that neither P Chidambaram, nor any Congress leader or any other leader of opposition, would be deterred or cowed down from fear of the politics of revenge and vendetta," he said.

Surjewala, instead, accused the BJP and its leaders of being corrupt as he highlighted the alleged scams involving top party leaders holding ministerial positions in this government.

"May we ask the prime minister, that if the yardstick is morality, why is he shying away from ordering an inquiry into the Sahara-Birla excel sheets in which he himself has been named repeatedly about having taken bribes," he alleged.

Surjewala also asked why Prime Minister Narendra Modi did not take action on the Rs 20,000 crore loss caused to public exchequer in Gujarat State Petroleum scam when he himself was the chief minister.

The Congress leader wondered whether the Vyapam scam in Madhya Pradesh was corruption and asked why the Modi did not take action against Chief Minister Shivraj Singh Chouhan whose name allegedly cropped up in the scam.

He claimed that Rajasthan Chief Minister Vasundhara Raje and External Affairs Minister Sushma Swaraj allegedly helped people like Lalit Modi who escaped from the country and were wanted by investigative agencies for alleged money laundering.

Surjewala asked who were the people who helped fugitives like Vijay Mallya escape the country.

He said the Congress leaders would continue to tell the country how one autocratic ruler cannot suppress the voice of dissent and those who disagree with them.

Surjewala claimed that the truth was out there for everybody to judge and the government, blinded by revenge, was registering false cases against opposition leaders.

Chidambaram earlier today said, "The government, using the CBI and other agencies, is targeting my son and his friends. The government's aim is to silence my voice and stop me from writing, as it has tried to do in the cases of leaders of opposition parties, journalists, columnists, NGOs and civil society organisations."