Sabzar Bhat Killing: Internet Snapped Again In Valley Less Than 24 Hours After It Was Restored 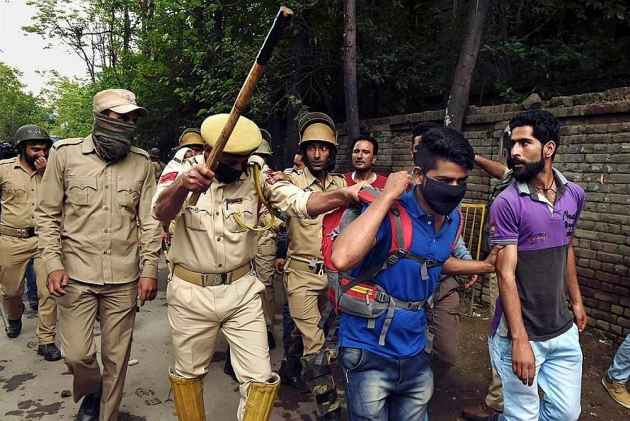 Print
A
A
A
increase text size
Outlook May 27, 2017 12:54 IST Sabzar Bhat Killing: Internet Snapped Again In Valley Less Than 24 Hours After It Was Restored

The Government of Jammu and Kashmir snapped the mobile internet( 2G, 3G and 4G) services in Kashmir fearing law and order problems, especially after the killing of top Hijbul Mujahedeen commander Sabzar Bhat in Tral encounter on Saturday.

It has not even been 24 hours since the social media sites and applications including Facebook, WhatsApp and Twitter were restored in Kashmir Valley.

A fresh surge of violence has hit the Valley today, after self-styled successor of dead Hizbul Mujahideen (HM) commander Burhan Wani was killed in an encounter with security forces in the Tral region of Jammu and Kashmir on Saturday.

According to reports, Wani's successor, Sabzar Ahmad Bhat, was gunned down in an encounter in Saimu Village.

The Indian government on April 17 blocked access to 22 websites and applications, including Whatsapp, Facebook and Twitter, as well as 3G and 4G data services in the restive part of the northern state.

The ban came in the wake of reports that these social networking sites were being "misused by anti-national and anti-social elements to create law and order disturbances" in Kashmir.

The ban had evoked widespread condemnation within the state and beyond.

On May 11, United Nations experts had even urged the Indian Government to withdraw the ban on Internet services in Jammu and Kashmir and "reinstate" freedom of expression.

Meanwhile, two terrorists have been gunned down, as security forces have launched a major operation to smoke out the remaining terrorist from his hideout in Tral sector.

The entire area has been cordoned off and a major counter-operation is underway.