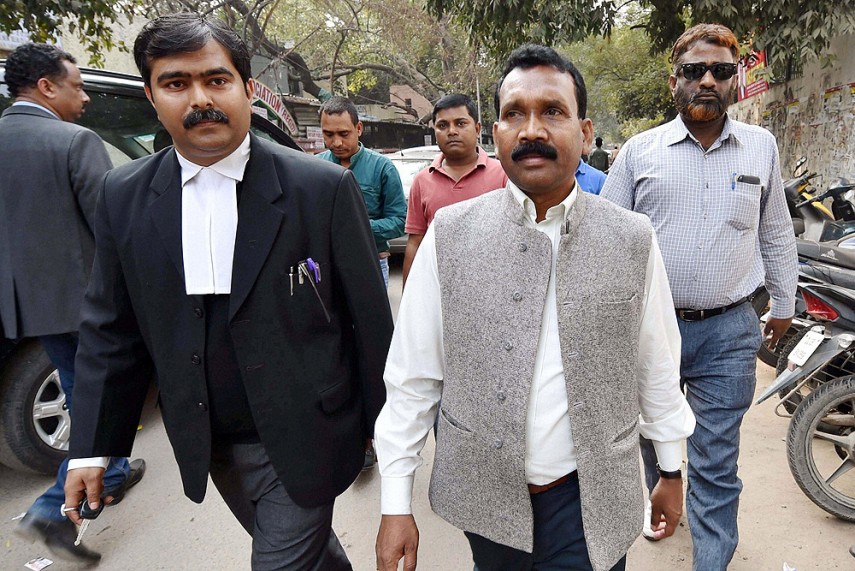 Former Jharkhand Chief Minister Madhu Koda had ensured that the recommendation for entire Amarkonda Murgadangal coal block be made to Ministry of Coal (MOC) in favour of accused industrialist Naveen Jindal's Group of companies only, a Delhi court has said.

The court's observations came while ordering framing of charges against Jindal, Koda, former Minister of State for Coal Dasari Narayan Rao and 12 others including five firms.

In its order, the court said at this stage Koda's conduct and other facts prima facie show meeting of mind between Jindal and Koda to the effect that recommendation for the coal block on behalf of the Jharkhand government be made in favour of accused firms Jindal Steel and Power Ltd (JSPL) and Gagan Sponge Iron Pvt Ltd (GSIPL).

The court has ordered framing of charges against these accused for alleged offences of criminal conspiracy, cheating, criminal breach of trust under the IPC and under provisions of the Prevention of Corruption Act.

"Though it was argued that Koda merely acted on the recommendation of the sub-group but in view of the statement of prosecution witness Aditya Swaroop coupled with the conduct of Koda previously in changing the recommendation of the sub- group..., it is prima facie clear that Koda being the chief minister of the state ensured that recommendation qua entire Amarkonda Murgadangal coal block be made to MoC in favour of Naveen Jindal Group of Companies only," special CBI judge Bharat Parashar said.

Regarding Koda, the court noted that sub-group of three secretaries, formed by the then Chief Secretary of Jharkhand, had made recommendation in favour of certain companies about various coal blocks after forming some criteria.

The court, while ordering framing of charges, said, "When the said file was put up before Madhu Koda for approval then he immediately stated that he wanted some change in the recommendation on account of his political compulsions."

"He, thereafter, carried out the said change himself when the secretaries and the chief secretary of the state of Jharkhand refused to change the recommendation on their own at his instance," the court said.

It, however, added that whether Koda abused his official position while making recommendation on behalf of government of Jharkhand to the Ministry of Coal can be looked into only during the course of trial when the two sides would lead their respective evidence.

The court fixed May 11 for formally framing the charges against the accused.

Apart from Jindal, Rao and Koda, the court also ordered to put on trial former Coal Secretary H C Gupta and 11 others, who were named in a charge sheet by CBI in the case pertaining to alleged irregularities in allocation of Amarkonda Murgadangal coal block to JSPL and GSIPL in 2008.