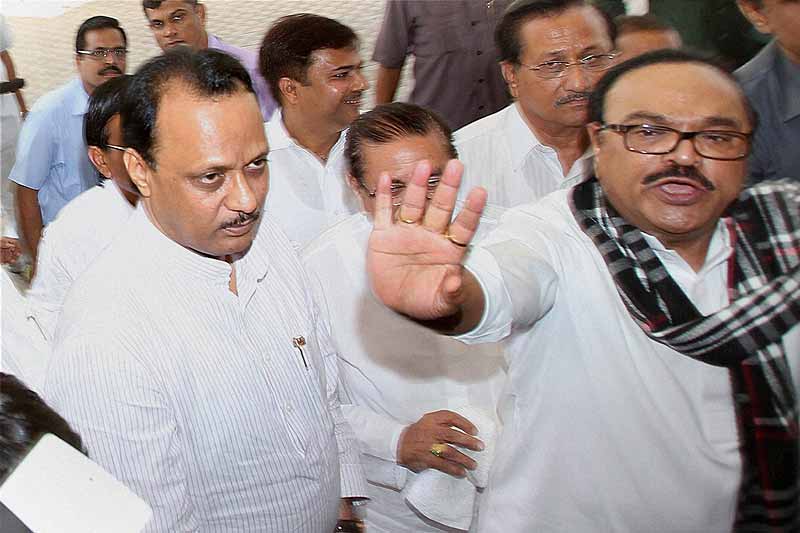 Four months after the ACB filed a chargesheet in the Maharashtra Sadan scam, a special court today issued production warrant against senior NCP leader Chhagan Bhujbal and his nephew Sameer.

The production warrant is issued against them as they are presently in the judicial custody in a money laundering case registered against them.

"The jail authorities have to produce the duo on June 22," said Gharat.

Meanwhile, Gharat also sought issuance of non-bailable warrant against Chhagan Bhujbal's son Pankaj in the case for not appearing in the court.

"However, his lawyers told the court that he will be present in the court on the next date," he told PTI.

The ACB, in February this year, had chargesheeted 17 persons, including the Bhujbals in connection with the case. It had filed a 20,000-page chargesheet consisting of statements of over 60 witnesses.

According to the anti-graft agency, the case was entirely based on documentary evidence, such as fund transfer and bank transactions.

In the construction of Maharashtra Sadan, contractors have earned 80 per cent profits, while as per the government circular such contractors are entitled to only 20 per cent gains, the officials said.

They added that the books of accounts were fudged to show that the profit earned was only one per cent.

Officials had said that to construct Maharashtra Sadan, Chamankar Associates, the contractor firm, had allegedly transferred money to Niche Infrastructure and other companies in which Pankaj and Sameer were the directors.

The chargesheet said that most of the companies floated by the Bhujbals are in the name of employees and used for siphoning off funds. Niche was earlier owned by some employees of Maharashtra Educational Trust, in which the Bhujbals later became directors.