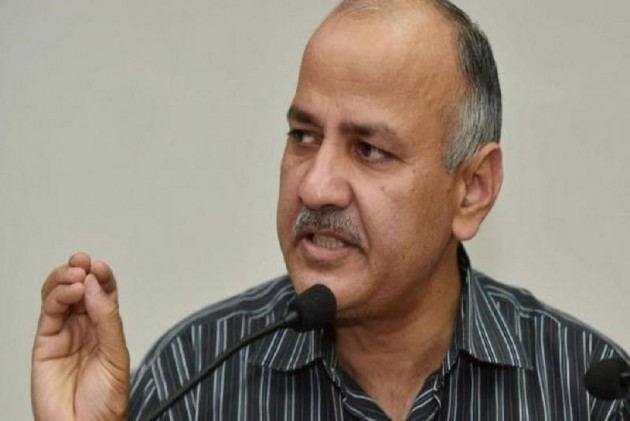 "There is nothing much that I can say about the baseless allegations that he has charged against us today. These things are not even worth answering, nobody is going to believe in it," said Sisodia in a quick press briefing.

Mishra on Sunday made a shocking revelation and alleged that he saw Jain give Rs. two crore to Kejriwal.

Mishra also claimed that he urged the Chief Minister to disclose as to from where he got the money.

"There are several allegations on money laundering and black money against Satyendra Jain which are known to all. It is known to all that before holding the post of Delhi Cabinet Minister and after taking the oath, he gave a prominent position to his daughter and other relatives," he said.

Mishra said that Jain is being given the certificate of honesty by the AAP, but he has himself seen him accepting money.

"Satyendra Jain himself has accepted in front of me that he has made a deal of Rs. 50 crore for a relative of Arvind Kejriwal. I even had a discussion about this with Arvind Kejriwal, but he simply asked me to trust him. But after seeing the cash I cannot keep quiet. It doesn't matter even if I have been removed from the post. I am not going to stay quite on this issue,' he said.

He further added that there are number of corrupt people in the party who have their protectors shielding them from action.

Pledging to remove corrupt people from the party, he said that he will go to all the higher authority and make the revelation about these things.

Earlier on Saturday, Shortly after being removed from the Delhi Cabinet, Mishra said he may have been axed for saying he would submit the names of those people involved in the tanker scam to the Anti Corruption Bureau (ACB).

"It has nothing to do with the MCD polls, and till now, I have not received any official confirmation so far. But I met Arvind Kejriwal this morning, and I said that it has been a year since the report on the tanker scam was tabled and no action has been taken," Mishra told ANI.

"I had told him that I will submit the names of the responsible persons to the Anti Corruption Bureau (ACB)," Mishra added.

He said he would expose the names involved in the tanker scam on Sunday.

However, sources close to Kejriwal claim that Mishra did not meet the Chief Minister and neither had he submitted any papers related to the tanker scam.

"I have also written a letter to the ACB and have sought appointment from them. I will expose everyone involved in the scam and will apprise the ACB," he added.

He also denied that he was ousted for supporting AAP leader Kumar Vishwas.

Mishra tweeted that he was the only minister who has not come under the CBI scanner and has not been charged with corruption.

"I am the only minister with no corruption charges. No CBI enquiry against me," he said.

This decision came soon after the AAP suffered a humiliating defeat at the hands of the BJP in the recently concluded MCD polls.

Recently, a rift developed within the party after Amanatulla Khan had alleged that Vishwas was planning a coup against Kejirwal. Vishwas had threatened to quit the party before Kejriwal and other senior AAP leaders managed to assuage his hurt feelings and appointed him in charge of the AAP's affairs in Rajasthan.

Meanwhile, Rajendra Gautam and Kailash Gahlot have been included in the Delhi Cabinet.

Mishra was believed to be close to Vishwas. Earlier, Deputy Chief Minister Manish Sisodia said, "Water management was not up to the mark. Kapil Mishra made a lot of effort. The Chief Minister decided to bring in Kailash Gahlot in his place."

He added that two persons have been included in the Cabinet now-- Kailash Gahlot and Rajendra Gautam for a post which was vacant.

Speculation and rumors, however, are afloat that axing of Mishra from the Delhi Cabinet was an attempt by Chief Minister Kejriwal and Deputy Chief Minister Sisodia to send a veiled message across to the Vishwas camp that to quell any sort of dissent.