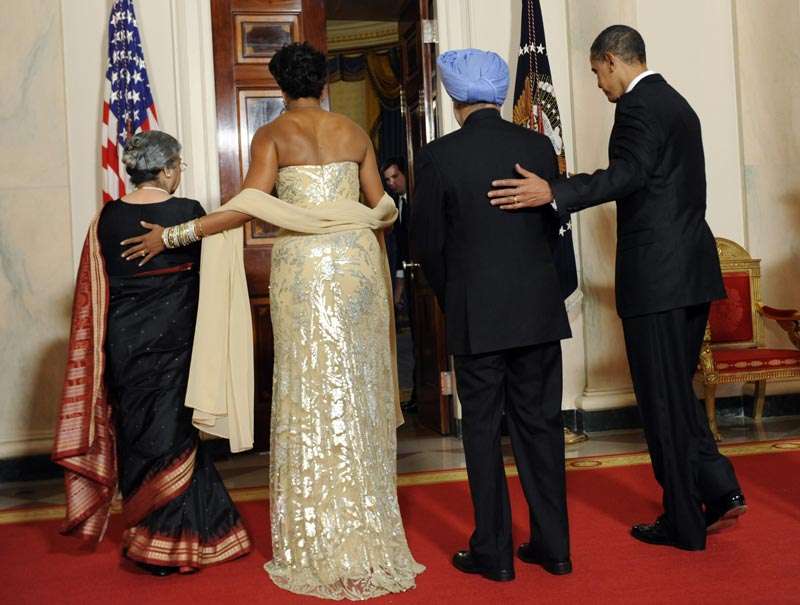 Kaur, 75, who is accompanying Singh on his US visit, is also likely to attend the swearing in ceremony of Indian- American Judge Sri Srinivasan.

Singh is scheduled to meet US President Barack Obama at the Oval Office of the White House on Friday.

Michelle, 49, would host tea for Kaur on the same day morning, the White House said today.

"First Lady Michelle Obama would be hosting Kaur on a private tea in her residence," a senior administration official told Indian reporters during a conference call on the eve of Prime Minister Singh's arrival here.

"This is a distinctive feature and unusual and reflects the closeness of the relationship, both in terms of the nations and also the personal relationship," the official said.

According to officials, Kaur is also expected to attend the swearing in ceremony of Indian-American Srinivasan, the US Circuit Judge of the US Court of Appeals for the District of Columbia Circuit.

The swearing is scheduled for tomorrow. Kaur and Srinivasan are family friends.