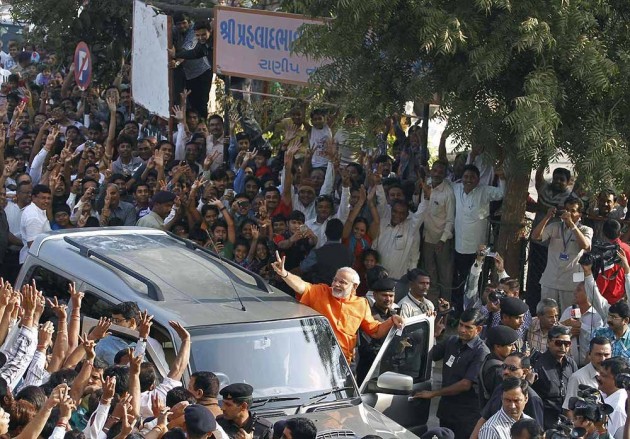 Gujarat Chief Minister Narendra Modi, who appears set for a hat-trick in the Assembly polls, is leading by 70,000 votes in Maninagar constituency against Shweta Bhatt.

BJP appears all set to come to power in the state for the third consecutive term as it was leading in 114 constituencies out of 181, where trends were available.

Congress was leading on 62 seats, NCP on one, Gujarat Parivartan Party on three and JD(U) on one, according to state election office sources.