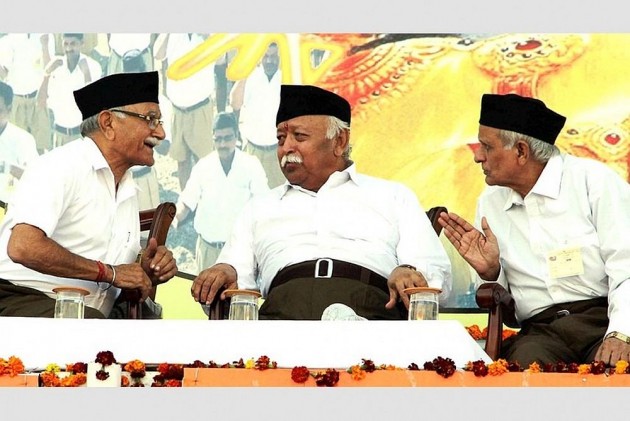 Shiv Sena chief Uddhav Thackeray recently said that in order to transform the country into a 'Hindu Rashtra', Rashtriya Swayamsevak Sangh (RSS) chief Mohan Bhagwat should become the next President of India.

Speaking to the media, Thackeray said that the formation of a Hindu Rashtra is the primary objective.

"For the first time, we (BJP-led NDA) have received such a strong political mandate. The formation of a Hindu Rashtra is the primary objective and therefore Mohan Bhagwat should become the next President of India," he said.

Thackeray said the formation of Hindu Rashtra remains an aim for all Hindutva forces.

This is the third time the Shiv Sena chief has declared its support for Bhagwat.

The Shiv Sena, an ally of the Bharatiya Janata Party (BJP) in Maharashtra as well as at the Centre, had proposed Bhagwat's name as the National Democratic Alliance's candidate for the country's top constitutional post earlier too.

The Shiv Sena had said that the RSS headquarters has become the "second seat of power" in the country and it does not deem anybody fit for the president's post except Sangh chief Bhagwat.

Thackeray, had earlier in April said that he had suggested Bhagwat's name for the post of President of India.

With President Pranab Mukherjee's term drawing to a close, there were reports that the RSS chief was one of the contenders and Shiv Sena, through its mouthpiece Saamna, also threw its weight behind Bhagwat. (ANI)