Murthy Bats for a Second Term for Rajan 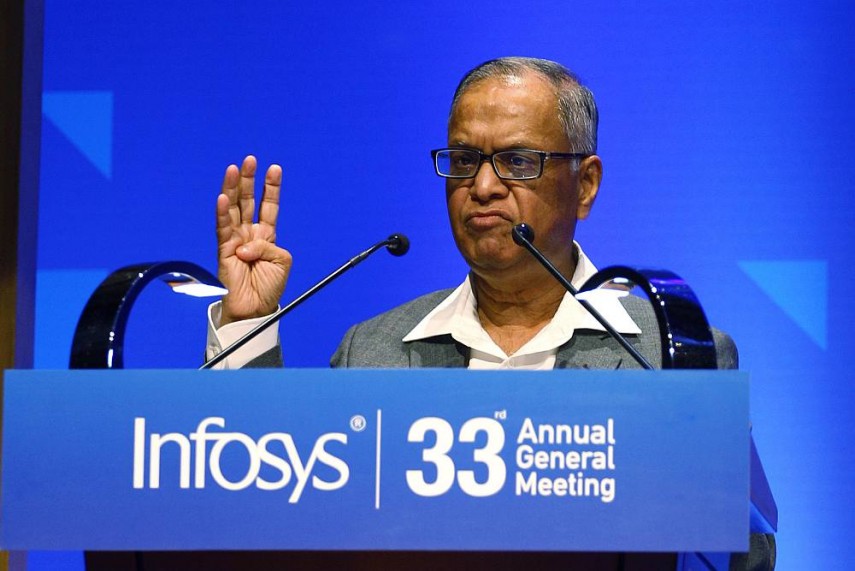 Joining the chorus for a second term for RBI Governor Raghuram Rajan, Infosys founder and IT doyen N R Narayana Murthy today said the former IMF chief economist deserves at least two more terms for all the "great job" he has done.

"I would hope that the government would very respectfully request him to continue for one term or my preference would be two terms," he told ET Now.

Murthy joins the likes of CII President Naushad Forbes and Godrej Industries Chairman Adi Godrej in seeking a second term for Rajan, whose first three-year term comes to an end on September 4.

"He used to be the chief economist of IMF. Therefore, he knows macro issues. He has done a great job in monetary policy, he is a great articulator. I would only say that whatever the government decides, I am sure they would decide in a positive way," Murthy said, adding that he believed that an extension would provide "stability in monetary policy".

Rajan, who was appointed by the previous UPA government for a three-year term that began on September 4, 2013, has been under attack from some quarters in the BJP, including its Rajya Sabha MP Subramanian Swamy, for what they say his failure to lower interest rates and boost economic growth.

Forbes had earlier said he did not take continuous attack by Swamy on Rajan seriously and treats his comments as noise that are part of a vibrant democracy.

"I think the Governor has been doing a great job for the country and we would certainly see it as a very positive move if he were reappointed," Forbes had said.

Godrej had also said he is an admirer of Rajan and it will be a "good thing for India" if his tenure is extended.

Rajan is currently on leave from the Chicago Booth School of Business, where he holds the post of Distinguished Service Professor of Finance.

If denied an extension, he will be the first RBI Governor since 1992 not to have a five-year term.