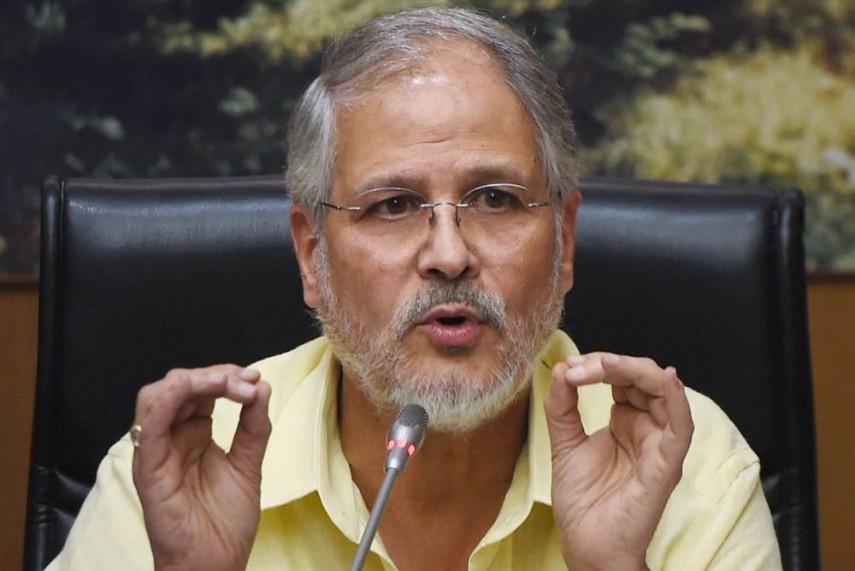 In a sudden move, Delhi Lt Governor Najeeb Jung today resigned amid a protracted bitter confrontation with the AAP government.

Without citing reasons, Jung's office said he has submitted his resignation to the Centre. 65-year-old Jung, a former IAS officer, had assumed charge of Lt Governor of Delhi on July 9, 2013.

"Lt Governor Najeeb Jung has submitted his resignation to the Government of India. He thanks the Prime Minister for all the help and cooperation he received during his tenure," the LG's office said in a statement.

The reason behind his surprise decision is not immediately known.

"Jung also thanked the people of Delhi for all their support and affection, especially during the one year of President's Rule in Delhi, when he got unstinted support from them and which in turn helped run the administration in Delhi smoothly and effortlessly," the statement said.

"Jung would be returning back to his first love, which is, academics," said his office.

The Delhi government and LG have been in a bitter fight over administrative powers ever since the Aam Admi Party took over Delhi after a landslide election victory in February 2015.

Recently, the Supreme Court had superseded the High Court's ruling and said that the elected govt should have some power to function.

Read also: Elected Govt should Have Some Power, SC says on Kejriwal-Jung Tussle

"An elected govt should have some power to run, otherwise the government cannot function."  during a hearing of the Delhi Government’s civil suit seeking full statehood for Delhi. Chief Minister Kejriwal had accused the central government of harassing the Delhi government through the LG for doing 'good work', said the apex court.

The spat between Jung and Kejriwal, with the former asserting his authority, had nearly paralysed the functioning of the elected government in the recent times.

Born on January 18, 1951 Jung has done his post graduation in History from Delhi University and later did MA in Social Policy and Planning from London School of Economics, UK.

He had joined Indian Administrative Services (IAS) in 1973 and served in Madhya Pradesh government and at several key positions, including as joint secretary in the ministry of petroleum and natural gas, in the central government.

A literary enthusiast, Jung had also worked with the Asian Development Bank (ADB) and the Oxford Institute for Energy Studies of Oxford University on Energy related issues.

BJP leader RPN Singh said, "He did a good job and was performing on ground. He must have thought of something."

Delhi Congress Chief Ajay Maken alleged that Jung was unceremoniously removed and demanded that the Centre make public reasons behind the decision.

"Was he removed to bring someone who is close to RSS? Was it done considering the upcoming municipal polls? Jung is an able administrator," he said.

Congress leader P C Chacko said BJP's attitude towards Governors and LGs may be the reason behind Jung's decision.

The AAP alleged Jung worked under the "influence" of Modi dispensation and questioned whether the power tussle between the Centre and Delhi government will continue even after the appointment of a new LG.

"Modi government promotes its people. We hope he gets a better posting after this. I am unhappy that his tenure was disgraceful. Now that he has gone, good luck to him.

"Najeeb Jung's behavior was not his. He was under the influence of someone. We hope the next LG gives priority to issues concerning people and does not work under anyone's influence," AAP's Kumar Vishwas said.