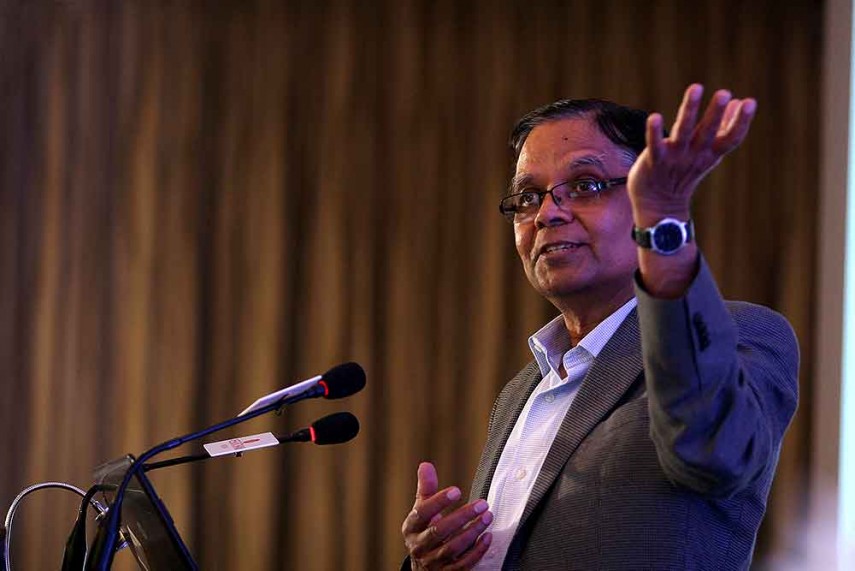 Niti Aayog today said it is engaging with states to bring about legislative changes in labour laws with a view to increase women participation in the workforce.

"We have been tasked by the government to oversee the SDGs (Sustainable Development Goal) in India, so we are working with the states.

"We will do all the good things, including even about bringing legislative changes that will help women participate better in the workforce," Niti Aayog Vice Chairman Arvind Panagariya said at a conference on Advancing Asia, co-hosted by India and the International Monetary Fund (IMF).

He mentioned that in some parts of the country law does not permit women to work in factories during night shifts, but some states have gone forward and changed the law, which was needed.

Panagariya said education is the most important thing in terms of bridging the gap between men and women and wage inequality.

"Over a period of time, you will see in India that too withering away," he added.

He was speaking on the topic of 'Income Inequality, Demographic Change and Gender'.

He said the developing countries have an inequality in terms of poverty, but when growth happens some aspects of inequality come with that.

But growth has also helped in combating poverty in a big way, he added.

On job creation, he said India still has a little less than 50 per cent of the workforce in the agriculture sector and they need to be brought out from the farm sector to the industrial sector such as textiles, electrical etc that offer better wages.

"If industry flourishes, then people will have jobs, service sector will be boosted and people will flourish," he said.

Panagariya further said there is a probability that may be 30 years down the line, India will see more people moving out to the countries having excess capital.

"International movement (of people) is going to be very critical. Some people (country) have excess capacity and some excess human resource," he added.