New CMs of Punjab, Uttarakhand in Delhi; to Meet PM 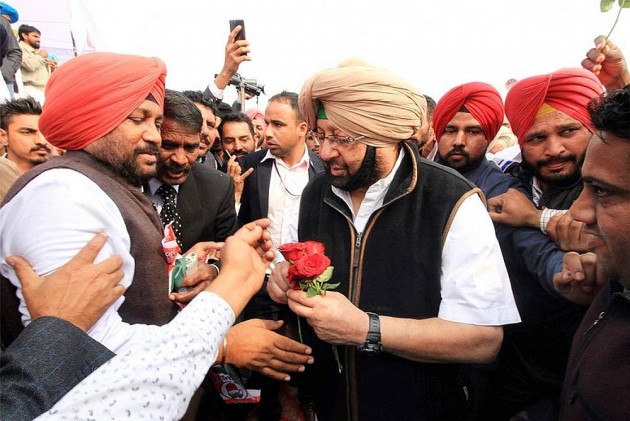 Amarinder, who is on his first visit to the national capital after taking over as the chief minister, will meet Prime Minister Narendra Modi at his Parliament House office in the afternoon and President Pranab Mukherjee at Rashtrapati Bhawan in the evening.

In his first visit after assuming office, Rawat is scheduled to meet Modi at 1200 hrs in Parliament House, an official said. He will also meet Union Finance Minister Arun Jaitley at his residence in the afternoon.

Though these meetings are stated to be courtesy calls, he is likely to seek help and cooperation of the Central government in grant of more funds to Punjab to initiate further development in the state.

During his meetings with the Prime Minister and the Finance Minister, he is also likely to put forth some of the demands of the state.

Rawat, who met Home Minister Rajnath Singh in the morning, is also expected to meet President Pranab Mukherjre in the evening, the official added.

Rawat, who sworn in as the 9th chief minister of Uttarakhand on March 18 after BJP's landslide win in assembly polls, arrived here on Tuesday evening.